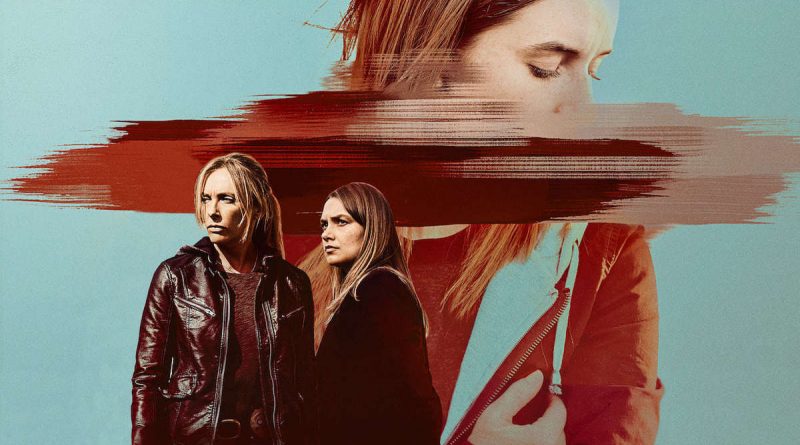 Unbelievable is a new Netflix limited series based on the true story of Marie (Kaitlyn Dever), a vulnerable young woman who was raped and then charged with filing a false complaint because the police did not believe her. What she did not know is that two police detectives in another state were investigating a series of rapes that would lead them not only to an arrest but to proof of Marie’s story. Based on the award-winning story by T. Christian Miller of ProPublica and Ken Armstrong of The Marshall Project, it is both powerfully and sensitively presented, with complex, deeply detailed performances by the entire cast, including Toni Collette and Merritt Wever as the two detectives, Danielle McDonald as one of the other rape survivors, and Bridget Everett as one of Marie’s foster mothers.

In an interview with AWFJ, producer Sarah Timberman, writer-director Susannah Grant, and director Lisa Cholodenko spoke about casting and the ensemble.

Nell Minow: Every performance in this series is exceptional, from the leads to the people who are in just one or two scenes. So much of what we get from these characters comes from not from their words but their faces as they listen and react.

Sarah Timberman: We did the casting of the leads with Laura Rosenthal, who had done a couple of movies with Lisa and has just impeccable taste and a really good nose, not just for the quality of the acting, but for the sort of tapestry of the piece. She was very helpful in that regard. Then we had a couple of casting directors out in LA too. They also knew even in those people who came in for a day that we were looking for real authenticity in performances. Everybody understood what the music of this piece was going to be. Like Aaron Staton, who plays the brother. It’s a heart-breaking performance.

Susannah Grant: And Eric Lange, who plays Parker. When the doubts start to form — it all plays on his face beautifully.

Minow: Kaitlyn Dever, who plays Marie, has to show us how her character closes down and how the experiences she has affect her over a period of years. How did you talk to her about the role?

Lisa Cholodenko: I think I could say this for almost all our lead actors; they really are their own guides. I think they all knew the story, read the scripts. We worked for a few days together and I think Kaitlyn Dever came in anchored to what it was. My tendency is to watch and adjust and pull back when I feel like it’s too big or push when I feel like it needs more. It’s really such a pleasure to work with actors that are already so involved that I get to do that kind of fine sculpting with them. So I didn’t have to sit down and say, “Let’s start from ground zero and build this character together.” Kaitlyn really had a really grounded template for it and ours worked together, it was really sculpting it.

Timberman: It’s from both the writing and Lisa’s direction that all three of the main characters just lived in. All three felt like they walked into the story with personal histories. And I think it’s just a testament to the kind of understated approach to portraying these three women that, I just think it was because of Suzannah and Lisa.

Cholodenko: But you look at the body of work for all three of those women; it is completely consistent with everything else they’ve done.

Timberman: Exactly. Kaitlyn was in a show called Justified that I was lucky enough to produce and she was 13 years old. She was a marvel even then.

Cholodenko: She came from the set of Booksmart to audition for us. So she did huge, huge turns and wasn’t until I saw Booksmart that I thought, “Wow, you really changed it up on that day.”

Minow: Another element of the series that was especially skillful was the way you set the mood and the tone in very different settings, from the brisk chaos and grim humor of the police station to the halfway house and the homes of the rape survivors.

Cholodenko: They are one narrative and they weave together. But I felt like it was really important to create a style for each specific to each. And so, in that first episode I kept thinking of Roman Polanski or Kubrick or something where it’s just psychologically really disturbing and scary. I kept thinking about that movie “Repulsion” — you’re in somebody’s face that’s freaking out. But I didn’t want to give it the horror treatment, pushing the camera in and telling the audience what to feel. The narrative spoke for itself. So that’s how I designed it. That was my approach. It was in Seattle and it was kind of cold and that situation was cold and she was really, it was a terrifying experience. The camera was still. And then we get to Colorado where the more procedural part of the story happened in the warmer environment. Those characters are moving, pushing things forward and trying to break the case. The palette became different. It was Colorado. So I’m glad that you saw that contrast. We I thought about it a lot.

Timberman: The middle episodes are directed by Michael Dinner and those, that’s sort of the thick of the confusion of the investigation. He brings a whole other kind of visual movement to it. The show really has sort of three chapters, according to the director.

Minow: What made you decide that this needed to be a series rather than a feature film or, or a small screen rather than big screen?

Grant: It was less size of screen and, and more scope of storytelling that is made possible in eight episodes. We briefly, maybe I was the only one who briefly thought about the two hour form just because I’ve lived there for a while. But there’s just so much to unpack in this story and so many interesting ideas to flesh out. You just never would have had the time to really play out in a feature film. Just that first episode is almost an hour and you need every minute of it. You feel the impact of both the medical exam and then the police examination and it’s the real time quality of the first episode that I think is part of its strength. And I think if you had to truncate that and fit it into 10 minutes of a film or 15 minutes of a film it wouldn’t have the same impact. Really early on there were just so many things that we were excited about exploring within it. They’re all introduced in that great article. I think it became pretty clear and the reach of what Netflix is able to do with their limited series tremendous. We will be in 190 countries on Friday. There was a nice review that praises the show for showing, not telling. You couldn’t express the tenacity of those two detectives in a feature film. I think that dead ends that they hit are as interesting as finding the rapist. The false leads are as interesting as the things that become legitimate and you couldn’t possibly go down all those avenues if you’re trying to tell the story in a film. Life doesn’t fit into that kind of narrative structure and this piece reflects life.