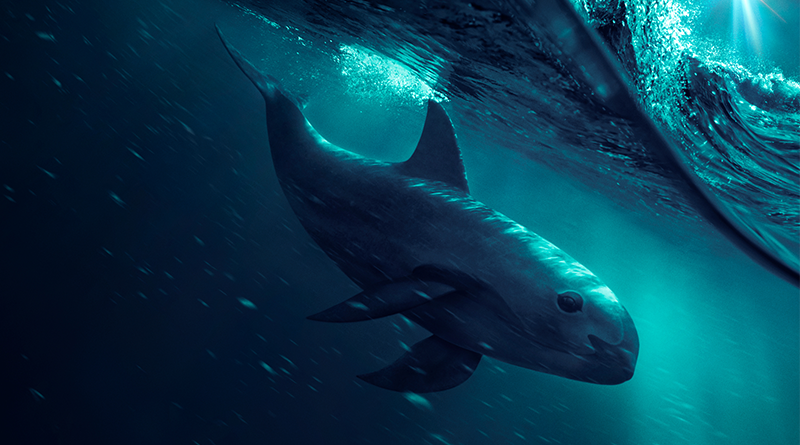 If you’re like me, you’ve never heard of the vaquita, a small porpoise that lives only in the Sea of Cortez, an area between Baja, California, and mainland Mexico that Jacques Cousteau called “the aquarium of the planet.”

Unfortunately, vaquitas often accompany totoaba fish whose swim bladders are so valued in China that they’re considered “aquatic cocaine.” So when fisherman use huge nets to catch totoaba, they also ensnare so many vaquita that they’re now high on the endangered species list.

To focus attention on the plight of the vaquita, television newsman Carlos Loret de Mola focuses on various aspects of the dilemma – from the poor village fishermen in San Felipe who are caught in the economic crossfire to myriad conservation efforts.

Aboard a vessel called the Sea Shepherd, Jack Hutton belongs to volunteer group that uses drones to stalk sneaky totoba poachers at night in order to cut and empty their illegal, habitat-destroying gill nets.

Dr. Cynthia Smith works with a group of scientists who propose that, in order to save the vaquita species, the last few of these marine mammals should be caught and bred in captivity until they can returned to their natural habitat. But will their sanctuary concept work?

In English and Spanish with English subtitles, on the Granger Movie Gauge of 1 to 10, “Sea of Shadows” is a suspenseful 7, chronicling an ecological crisis.