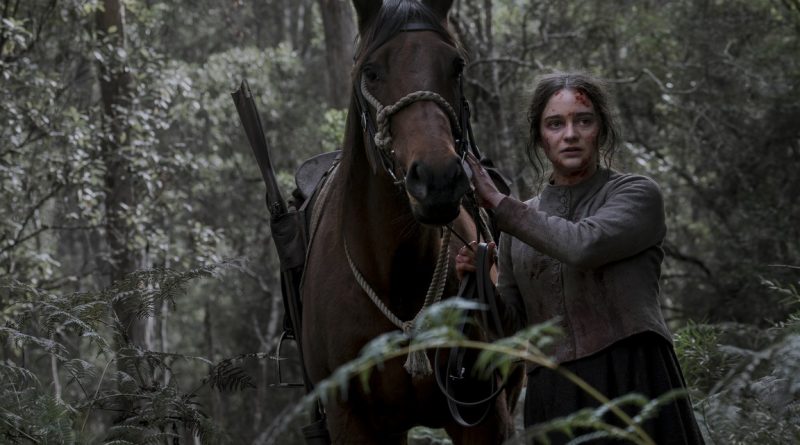 After breaking out with her terrifying and thought-provoking 2014 horror film “The Babadook,” Australian auteur Jennifer Kent mines the real horrors of her country’s colonial past for her haunting and harrowing follow-up, “The Nightingale.”

The historical drama – which won two awards, including the Special Jury Prize, at the 2018 Venice Film Festival – is set in 1825 on the Australian island of Tasmanian, then a British penal colony known as Van Diemen’s Land. Irishwoman Clare (the mesmerizing Aisling Franciosi, who ably carries the film) has served out her seven-year sentence for an act of teenage theft in indentured servitude to the abusive British Army Lieutenant Hawkins (Sam Claflin, boldly playing against his handsome “The Hunger Games” hero type).

Although he has allowed her to marry Aidan (Michael Sheasby), a kindly former convict with whom she has an adorable baby daughter, Hawkins refuses to hand over Clare’s overdue release letter that will grant her freedom. When Aidan confronts Hawkins and insists his wife be freed, the lieutenant and two underlings – lecherous Ruse (Damon Herriman) and weak-willed Jago (Harry Greenwood) – respond with hideous violence.

Injured, enraged and in search of vengeance, Clare grimly pursues Hawkins and his cronies to the far-off settlement of Launceston, where the lieutenant has gone in search of a promotion. She reluctantly enlists Billy (Baykali Ganambarr in an incredible film debut that earned the young actor award last year in Venice), an Aboriginal guide whose clan has been destroyed by the British, to lead her through the rugged bush on her one-woman warpath to retribution.

Their partnership is not a comfortable one, with Clare looking down on Billy with racist distrust and Billy regarding Clare as just another vicious Englishwoman. But as they traverse the bleakly beautiful wilderness, protecting each other from the many dangers for a woman and a black man traveling alone, they forge a bond based on their shared grief and humanity.

A twisty, slow-burning thriller, “The Nightingale” is both shockingly violent and profoundly poignant as it unflinchingly counts the costs of cruelty, revenge and colonialism. The film’s blunt depictions of rape, murder and dehumanization may make it too difficult for some to watch, but for those who can bear it, the payoff is deeply moving.