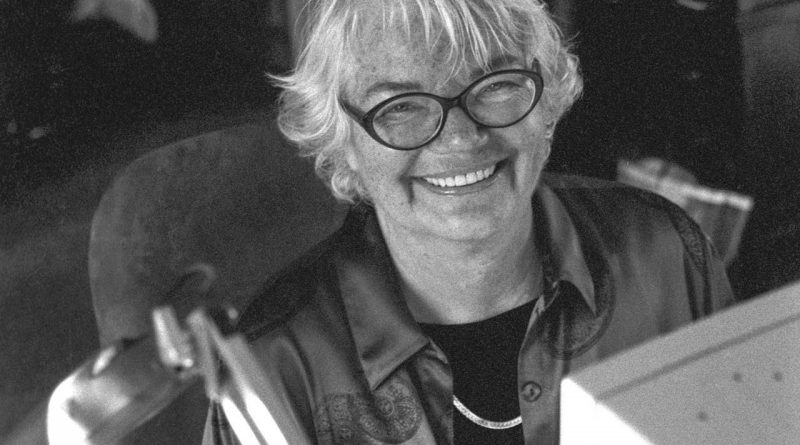 Really, all filmmaker Janice Engel had to do was run as many old videos of the great Molly Ivins, journalist and iconoclast, to entertain her worshippers. Heaven knows, there is plenty of tape to unspool, bushels of quotes to regale, and heaps of one-liners to rehearse. But Engel does more than that in this classic biopic.

Like the current documentary on the life of singer Linda Ronstadt, Raise Hell adds nothing to the genre of the documentary and its sub-genre, the biography. But like The Sound of My Voice,Raise Hell does not need to. All the biography of Ivins needs to do is take us to Texas, via New York and Minnesota and Denver.

The inimitable Mary Tyler Ivins renamed herself Molly. All she ever wanted to do was write. As a girl in the Fifties, she was a reading recluse. She always thought of herself as an outlier, “battling bastards.” That stance might have been as much related to her physical stats — she was 6′ tall by age 12 — as by her political call, she, a liberal in Texas.

But, la!, she loved Texas and showed it by wearing boots or going barefoot, by driving a pick-up, and by cussing. She loved politics. She said that Texas was a “national laboratory for bad politics,” and she gigged men in the “lege.” She loved wordsmithing. And, made clear in the documentary, she loved alcohol — until an intervention helped her cure that disease when she could not cure the nasty case of cancer that felled her at 62 in 2007.

Engel takes Ivins through her girlhood, the daughter of an imperious oil man, in rich River Oaks to college as a legacy at Smith. The director follows her with a blue line on a big map from newspaper to paper, from civil rights’ riots to Elvis’ obit, lecture hall legend, both loved and hated. Her brother Andy and sister Sara reminisce. Her colleagues, including Dan Rather, Kaye Northcott, and Jim Hightower, remember; her mentors and admirers, like Rachel Maddow and Anne Lamott, tell Molly stories. But, mostly — and rightfully — Raise Hell is for, by, and about Molly Ivins, a woman who would have a thing or two to say about today’s politics, whether she could say that or not.