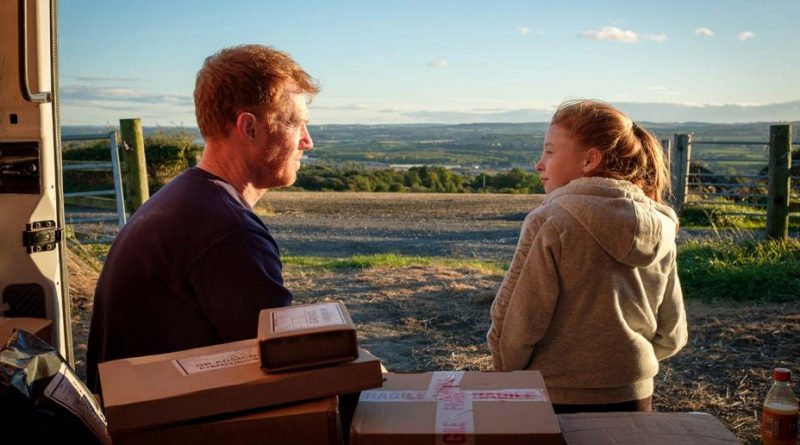 No one can ever accuse stalwart British filmmaker Ken Loach of lacking focus. Now over five decades into his feature filmmaking career, with his latest movie Sorry We Missed You he continues his near-unwavering focus on the systematic dehumanization of those struggling to survive in the meat grinder of late capitalism.

With its recent North American premiere at the Toronto International Film Festival, Sorry We Missed You had previously competed for the Palme d’Or at the Cannes Film Festival where Loach was no stranger: two of his previous films – The Wind that Shakes the Barley and I, Daniel Blake – took home the same award in 2006 and 2016 respectively.

Like the latter, Sorry We Missed You is marked by a determined vision to reveal the abuses, exploitations and humiliations rife in the contemporary British labor market for those who struggle to survive on its outskirts, and he does so with immense compassion. The film follows Ricky (Kris Hitchen), who – in a conscious effort to not end up on welfare after losing his job in the 2008 financial crash – instead signs up to become an ostensibly self-employed contractor for a delivery company.

The film begins as Ricky is seduced by the potential pluses of a zero-hour contract delivery job, the aggressive, almost militant Gavin Maloney (Ross Brewster) luring him with the implied promise that a life of autonomy, flexibility and financial stability lies just around the corner.

But the new life that awaits Ricky is very different. In his gut-wrenchingly humane examination of the fallout of this decision, Loach reveals the brutal reality of the gig economy, with issues such as mental and physical health deterioration and domestic violence suggested less to be a coincidence for people like Ricky, but a direct consequence of the impossible employment circumstances he now finds himself in.

While Hitchen’s performance as Ricky is admirable, it is hardly a one-man show. His family – wife Abbie (Debbie Honeywood) and adolescent children Seb (Rhys Stone) and Liza (Katie Proctor) are as crucial to Loach’s portrait of the interpersonal unravelling of a family at the hands of corporate greed as Ricky himself.

As a carer who visits clients in their home who are incapable of looking after themselves, Honeywood in particular is an extraordinary presence in the film; driven by the desire to maintain a sense of dignity for those in her charge, her calm, quiet determination to grant the most vulnerable in her community the right to self-respect lies in striking contrast to the rapid speed with which her husband’s employer saps his dignity from him. To illustrate the point, Ricky is forced to pee in a plastic bottle so he doesn’t have to stop for toilet breaks and can thus deliver packages faster.

Across Loach’s filmography, this question of dignity and how it relates to institutional exploitation – how precisely it is built into the fabric of British society – is a continuing drumbeat. Now in his early 80s, Loach does not waver in his deep compassion for young people in particular; while Sorry We Missed You is structured around Ricky’s employment traumas and Abbie’s desperate attempt to keep the family on track, it is Loach’s profound empathy for their struggling children that perhaps leaves the most indelible mark.

Born into a system they recognize is working against them, they have even less power than their parents to make a difference. While Seb and Liza’s distress manifests in different ways, Loach never judges or condemns them. Rather, they are further casualties in a society on the verge of collapse, collateral damage in a world gone very, very wrong.

While the title Sorry We Missed You is clearly refers to the calling card Ricky leaves when unable to deposit his package, the title of Loach’s moving, unflinching drama speaks as a long-overdue apology to an entire class demographic so frequently overlooked, ignored and swallowed whole by a system designed to devalue them.