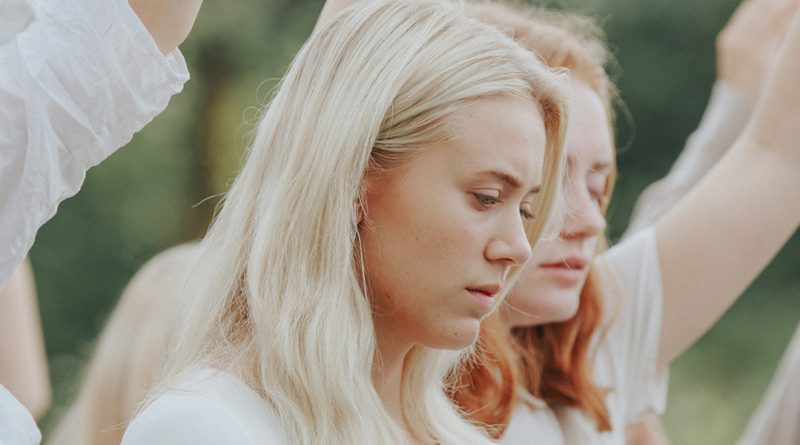 While it’s far too easy to get swept up in the big name, red carpet glitz of a festival the scale of the Toronto International Film Festival, the real treasures are often tucked away beyond the limelight. As with last year, the Festival’s Discovery program whose mission is to identify and champion “directors to watch” as “the future of world cinema” in 2019 again provided a home for some of the festival’s most exciting movies.

At the forefront of this program is Disco from Norwgian filmmaker Jorunn Myklebust Syversen, the follow-up to her 2017 feature debut Hoggeren. Centred around a devastating performance from Josefine Frida as the film’s 19-year-old protagonist Mirjam, that she was was named one of TIFF’s 2019 Rising Stars (a program showcasing noteworthy emerging young talent) comes as little surprise based on this performance alone.

Although focused largely on the impact of evangelical Christianity on a young woman at a difficult crossroads in her life, the relevance of the film’s title is made clear from its opening moments. A lengthy, unflinching close-up of Mirjam’s smiling face soon becomes uncomfortable as the camera’s intense stare lingers far too long. What a shorter shot might indicate is simply happiness here becomes something far more disturbing. As the smile wavers, we see the pressure that performing ‘happiness’ has on the young woman. This is hard work, and as she holds her trophy struggling to maintain her expected beaming expression, the weight of being looked-at and the expectations placed upon Mirjam to maintain the image of the carefree successful disco dancing champion and devout, idealized Christian becomes clear. As we see almost instantly, this manifests in her deteriorating health.

Meeting her seemingly perfect family, it is not long before the cracks begin to show. Mirjam has questions about her birth father, her genuine inquiries ignored by her mother who instead demands she “fill her heart with Jesus” instead. Mirjam’s stepfather Per is a preacher at a hip evangelical church called Freedom, whose sermons are performed on a neon-drenched stage with giant video screen backdrops more suggestive of American Idol than a place of religious reflection. Mirjam is very much part of the show; aside from singing on stage, the attractive and personable young woman meets kids on the street and invites them into the church, encouraging them to join the other young members of the congregation in what for all practical purposes feels closer to a rock concert than a religious ritual.

This world of middle-class evangelicalism and the joy that Mirjam and her mother are expected to perform from the pulpit puts immense pressure on the young woman who is clearly struggling to deal with much bigger issues. Young, handsome and amiable, the Per on stage differs dramatically to the man behind closed doors, and their polished declarations of a perfect life discovered through God’s love have a much uglier flipside that remains largely hidden from public view.

When Mirjam collapses during the disco dancing world championships, she is denied the medical attention she clearly needs and is instead told that it must be a sign of her wavering faith. With few alternatives open to her, the discovery of a more orthodox, fire-and-brimstone church group is interpreted by Mirjam as a viable alternative and an avenue for potential help that she is not getting from her family or from Freedom. She interprets their emphasis on nature, austerity and chasteness as signs of authenticity, and this shift in her spiritual practice lies at the heart of her journey.

Although placing evangelicalism under the microscope, there’s a much bigger picture at stake in Disco about the price of feigning unwavering happiness, an expectation that is heavily gendered and places unfathomable weight on young women in particular. When applied to religious faith, Disco draws deliberate parallels between the fakeness of the smiling, glittery dance star with the performance of spiritual enlightenment as manifesting only through an unsustainable and unrealistic expectation of non-stop joy. Disco is a riveting film about being denied support by those who feign to offer it but fail, and the opportunities available to a young woman whose options are limited and shrinking rapidly.