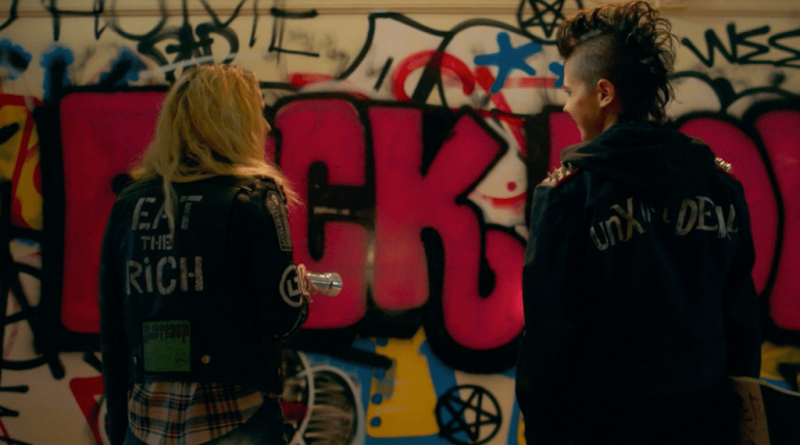 Canadian filmmaker Jovanka Vuckovic’s feature debut, “Riot Girls,” is a well-crafted, high energy sci-fi actioner directed from a clever script with sharp dialogue penned by Katherine Collins. The dystopian fantasy is set in a post-Apocalyptic 1995 suburbia where a mysterious plague has wiped out the adults and only the kids have survived.

The divided town is run by rival gangs that compete for scarce resources to survive. The wealthy, cool kids of the West Side live comfortably but are governed by Jeremy (Munro Chambers), a cruel jock dictator/varsity captain who reeks of toxic masculinity. He has transformed their local high school into a powerful, fortified garrison where he holds court.

The resourceful punks of the East Side live on the poor side of town in a free-spirited commune where they scavenge to make ends meet. When their altruistic leader, Jack (Alexandre Bourgeois), is kidnapped by West Siders bent on revenge after he hijacks valuable merchandise belonging to them, two heroic female East Siders (Madison Iseman, Paloma Kwiatkowski) set out to rescue him. Their actions inadvertently spark a rebellion.