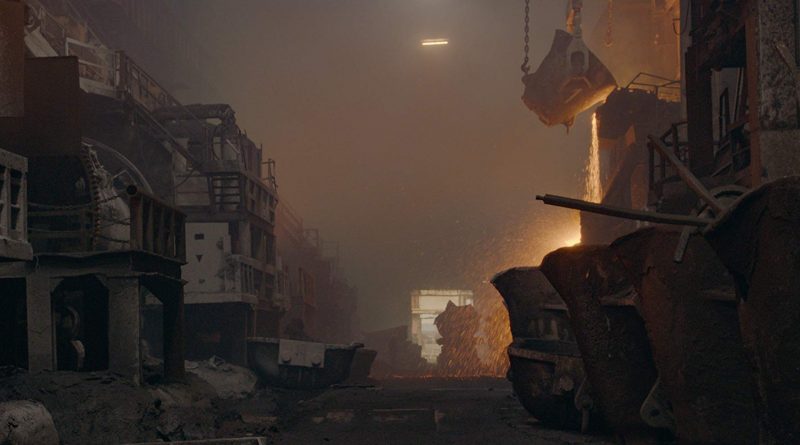 Anthropocene: The Human Epoch is a haunting, visually stunning exploration of the dramatic impact of humanity’s massive reengineering of planet Earth since the mid-twentieth century. Directed by Jennifer Baichwal, Edward Burtynsky and Nicholas de Pencier, and narrated by Alicia Vikander, the Canadian documentary is based on the extensive research of a 34-member international body of scientists known as the Anthropocene Working Group who track Earth’s geological evolution. After a decade of research, the Group recently concluded that human activity is causing profound, potentially irreversible damage to our planet, and have proposed a new geologic time unit, the Anthropocene Epoch, to mark it.

The filmmakers take us to 6 continents and 20 countries to examine how the Holocene Epoch evolved into the Anthropocene Epoch in which humans now dominate over 75% of ice-free land due to mining, agriculture, industrialization and urban growth. We see firsthand how we have profoundly altered the earth’s surface for our needs. The film is gorgeously lensed by Pencier and an impressive camera crew whose stunning imagery captures eloquently what is happening today and makes it accessible to an audience that might otherwise be distracted by complex scientific jargon and data. While the filmmakers allow audiences the space to draw their own conclusions, it is obvious the news is not good, and we are all implicated.

Anthropocene: The Human Epoch is an epic cinematic journey that’s equal parts mesmerizing, disturbing and timely. While our success as a species has tipped the planet’s systems outside their natural limits, the filmmakers express optimism that our tenacity and ingenuity that helped us thrive can also lead to innovative solutions that will pull these systems back to a safe place for all life on earth.