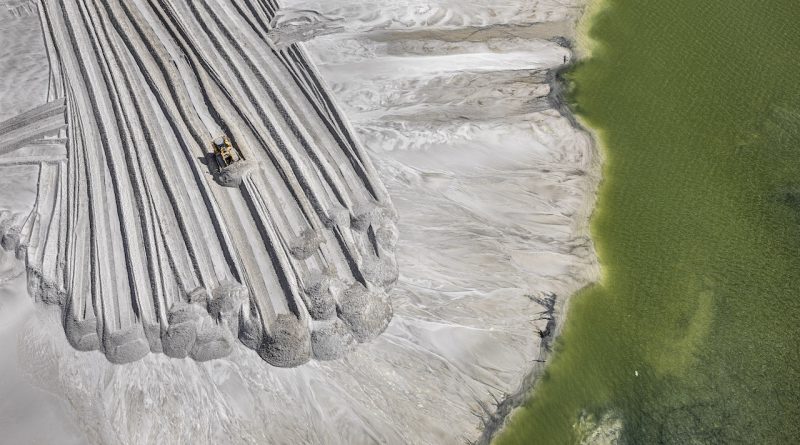 Sometimes, Anthropocene: The Human Epoch feels like a loftier, artier and much more sobering Transformers sequel, what with its fixation on the monstrously huge machines that chomp into the planet and unsettle our ailing ecosystem for the sake of commerce. But documentarian Jennifer Baichwal and her globe-trotting fellow directors Nicholas de Pencier and Edward Burtynsky are on a mission to take us to places where horrible harm is likely taking place but also acknowledging odd moments of scenic beauty in how the earth has been manipulated by mankind.

The best thing about this trip around the world is that we are protected from whatever frightful toxins and poisons seem to lurk about in several locales. One can’t help but have mixed feelings about the sights we are exposed to: piles of ivory elephant tusks burning in Nairobi as sort of a ceremony to the majestic animals who died for our sins; drone photography of yellow and green plots found on lithium farms in Chile; to the careful cutting of gorgeous Italian marble; and a nasty metal smelting factory in Norilsk, an area that holds the title of Russia’s most polluted city – notable by the lack of oxygen in the air and the dearth of greenery.

Oscar-winning actress Alicia Vikander acts as an occasional narrator, stating such facts as “Eighty-five percent of forests have been degraded through human use” as if reading from a textbook. Also, a few locals and workers in the areas visited are allowed to fill in some blanks now and then. But this one of those docs that is built on the notions that seeing is believing and actions speak louder than words.