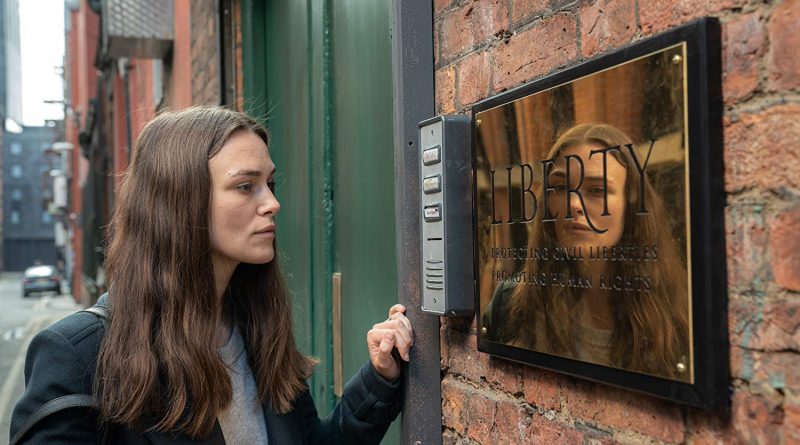 While South African writer/director Gavin Hood is best known for “X-Men Origins” and “Wolverine,” he relishes ethical dilemmas like “Eye in the Sky” about drone strikes and this story of a government official who decides that the public’s right to know about deception is worth breaking the Official Secrets Act.

It details a plan to enlist the U.K.’s help in collecting compromising information on United Nations Security Council members with the intention of blackmailing them into voting in favor of invading Iraq.

Shocked, Gun realizes that, if the British agree to the plan, the result would be a war predicated by false information and manipulation. She shares this incendiary information with an anti-war activist friend who passes it along to journalist Martin Bright (Matt Smith), along with Ed Vulliamy (Rhys Ifans) and Peter Beaumont (Matthew Goode).

When ‘The Observer’ concludes the memo is authentic, and publishes it, there’s a search for the ‘leaker’ – like when Daniel Ellsberg disclosed the Pentagon Papers to the ‘Washington Post.’

When Gun is arrested and charged with treason, she righteously declares: “I do not gather intelligence so the government can lie to the British people.”

Complicating matters further is the fact that her husband, Yasar (Adam Bakri), is Muslim, an Iraqi Kudish immigrant who faces deportation. Eventually, the case against Gun is dropped after her lawyer, Ben Emmerson (Ralph Fiennes), threatens to use disclosure to put the legal basis of the war itself on trial.

On the Granger Movie Gauge of 1 to 10, “Official Secrets” is a steely 6, examining the essence of heroism.