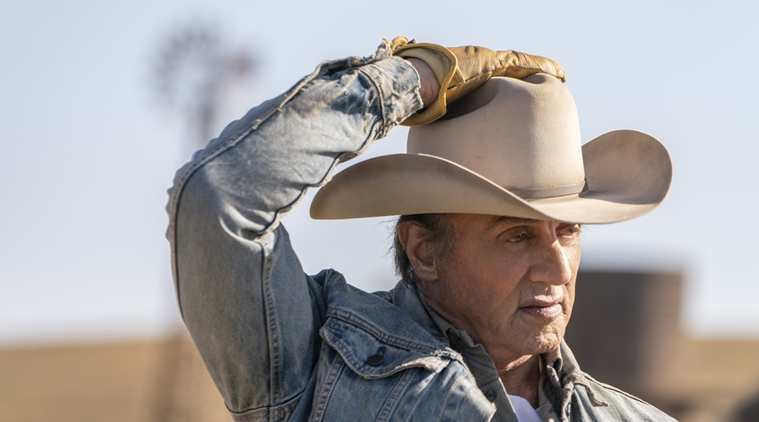 Over the past four films, John Rambo (Sylvester Stallone) has established himself as an unstoppable killer. Trained by the military, he was deployed to the jungles of Vietnam. Like many soldiers returning from that unpopular war, suffering PTSD, he never adjusted to civilian life, becoming jaded and bitter.

But this fifth installment begins with seemingly contented Rambo spending his twilight years on his secluded Arizona ranch with his adopted family: middle-aged, matriarchal Maria (Adriana Barraza) and her teenage granddaughter Gabrielle (Yvette Monreal), who calls him “Uncle John.”

But when Gabrielle travels to Mexico to find her biological father who abandoned her many years earlier, she’s kidnapped by a sex-trafficking ring led by brothers Hugo (Sergio Peris-Mencheta) and Victor (Oscar Jaenada).

All his repressed rage resurfaces when Rambo takes off to find her, only to suffer a savage beating as the bad guys sneer, “Are you lost, old man?”

Afterward, he’s nursed back to health by a Mexican journalist (Paz Vega), whose sister was kidnapped and murdered by the same brothers.

Unable to fight on their territory, Rambo lures the cartel thugs back to his heavily fortified, booby-trapped compound, after making sure Maria and his horses are safely hidden away. Predictably, bloody, violent carnage – including impalements, decapitation and incineration – ensues during the revenge/siege.

Working from a generic screenplay by now 73 year-old Stallone and Matthew Cirulnick, director Adrian Grunberg (“Get the Gringo”) makes sure that – when Rambo threatens to cut a man’s heart out – he does exactly that.

If that’s not enough to discourage you, David Morrell, author of the “First Blood” novel on which the series is based, tweeted: “I agree with the ‘Rambo: Last Blood’ reviews. The film is a mess. Embarrassed to have my name associated with it.”

On the Granger Movie Gauge of 1 ot 10, “Rambo: Last Blood” is a traumatized 2. Mercifully, it runs only 89 minutes.