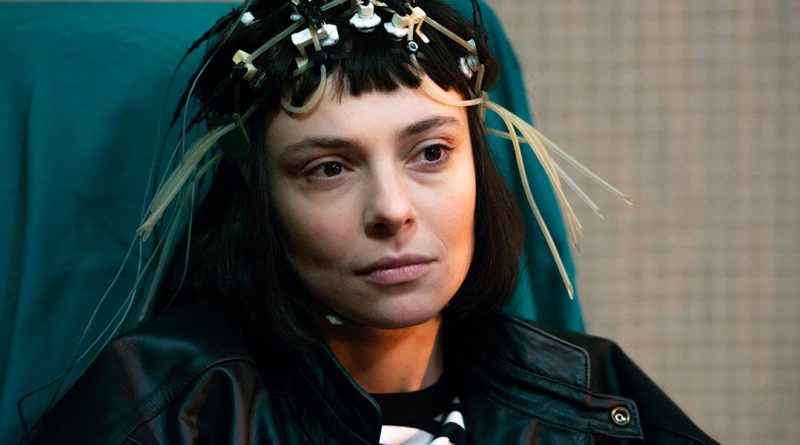 There’s an old cliché that music is the soundtrack of our lives; but if that’s the case, what does that make movies? So much of our personal experience of cinema depends on the context of reception, not just where we saw a particular film or who we were with, but who we ourselves were at the time. How old were we? Were there other things going on in our lives? Do we forge particular connections with particular films – and particular characters and the actors who play them – as much due to the answers to these questions as we do the more objective qualities of story, style and performance?

Making its world premiere as the Opening Night Film of the Discovery program at this year’s Toronto International Film Festival, Chiara Malta’s Simple Women gives a resounding ‘yes’ in response to this question. One of the most original, honest and captivating films of the year, in her accomplished feature debut Malta throws orthodox approaches to the biopic into complete disarray as she privileges our own subjective relationship to the movies and those in them under the microscope. In a year where women-centred biopics came thick and fast at TIFF in varying degrees of quality – including Rupert Goold’s Judy, Benedict Andrews’ Seberg, Kasi Lemmons’ Harriet, Marjane Satrapi’s Marie Curie film Radioactive and Unjoo Moon’s Helen Reddy biopic I Am Woman – Simple Women stands in striking contrast in its central premise; a director brings as much of themselves to bringing a real person to life on screen as they do their subject.

With its title an elegant twist on Hal Hartley’s cult 1992 film Simple Men, Simple Women is a fictional ‘making of’ film about the life of one of its stars, Romanian-American actor Elina Löwensohn. Simple Women begins with its central character Federica has an epileptic fit on Christmas Day in 1989 as her family sit around casually watching the execution by firing squad of Romanian dictator Ceaușescu and his wife executed on television. As a teenager, Federica is drawn to Löwensohn’s character in Hartley’s film, memorizing and practicing over and over the famous choreographed dance scene in the film set to Sonic Youth’s 1990 punk anthem “Kool Thing”. As an adult, Federica (played impressively by Jasmine Trinca) is a Rome-based filmmaker who accidentally bumps into Löwensohn on the street when the latter is in town for an audition. Unable to let the opportunity to voice her admiration slide, the two women spend an afternoon together, and when Federica suggests Löwensohn come with her to Romania to turn her life story into a film, Löwensohn – frustrated by her lacklustre roles in the United States – agrees.

How the project develops in Romania, however, is a far different journey than what both Löwensohn and Federica had originally imagined. Increasingly frustrated by the reality that her idol is in fact a flawed human being, the real Elina and Federica’s cherished image of her clash, revealing at its core the delicate nature of fandom. As the lines between the real and the imagined increasingly blur, Simple Women is ultimately a moving and intelligent exploration not of the phenomenon of stardom itself, but of the complex mechanics that underpin our own capacity to invest such deep emotional feeling into the act of being a fan.