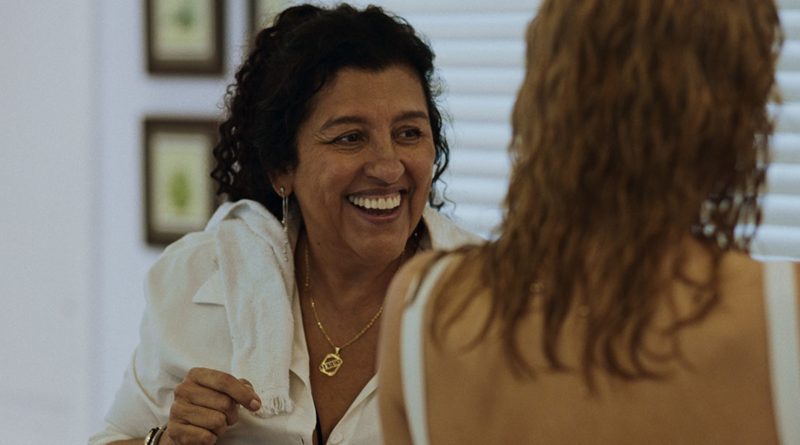 Acclaimed Brazilian actress Regina Casé—a Special Grand Jury prize winner at the 2015 Sundance Film Festival for her work in The Second Mother—delivers a richly empathetic and immensely likeable portrait of a striver whose heart is as big as her ambition in Sandra Kogut’s diverting drama.

Madá (Casé) is the caretaker of luxurious, seaside condominiums, who lives in the main house with the wealthy family that employs her and who is constantly asking for advances on her pay. She’s ambitious: She runs a takeout food business out of the family’s kitchen without their knowledge and she has her heart set on opening a roadside kiosk that will cater to the tourist trade.

That’s the first summer: By the second, she faces questions from investigators after being implicated her now-AWOL boss’ money laundering scheme. By the third summer, Madá, a true survivor, is onto a new reinvention for her life.

Kogut was inspired by Operation Car Wash, a money laundering scandal that dominated headlines in Brazil earlier in this decade. But where other filmmakers might have focused on the criminal mastermind, she shifts her gaze to his servant. The crime drama would have been cliched. This is something else: A look into the life of someone the world pays no attention to but who is the star of her own story and one with resources her filthy rich and cowardly employer could never imagine.

Over the three summers, the viewer is privy to Madá and her strengths, of which her fierce ambition is only a minor component. This is a woman with an indomitable spirit, for whom bad times are to be transcended rather than endured. That spirit comes to envelop the other remaining servants. Left to their own devices in the now abandoned complex, they follow Madá’s lead in making the best out of a bad situation, finding new ways to thrive. And because she is who she is, Madá is always ready when new opportunity arises.

Three Summers is a bonbon of a film and would be very slight but for that magnetic presence at its center, an indelible character and performance.