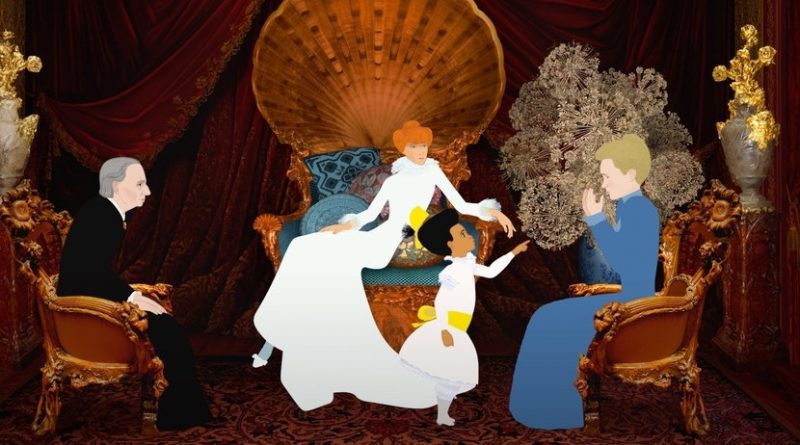 Dilili in Paris is a charming animated feature about a clever, curious, fearless and surprisingly sophisticated young girl of color who stowed away on a ship from New Caledonia to France, and is now working as a ‘native girl’ in a cultural display in Belle Epoch Paris. She befriends a young Parisian courier who offers to show her the ways of French culture and the delights of the City of Lights, which has recently been under the shadow of a crime wave — robberies and abductions of young girls by the Male Masters, a mysterious band of thugs who can be identified by the rings they wear in their noses. Dilili, whom the Male Masters target as a kidnapping subject, decides that she and her new friend will best them and restore city’s safety.

The film’s writer/director Michel Ocelot’s distinctive style of animation and exposition has a simplicity and fluidity that allows for a beautifully rendered tour of Paris’ well known tourist spots, as well as the introduction of the leading cultural figures of the day and a surprising roster of other cultural references. And, all the while, there’s the mystery of the Male Masters, whose political leanings and agenda are, we learn, threateningly right wing and anti-female. Continue reading on CINEMA CITIZEN