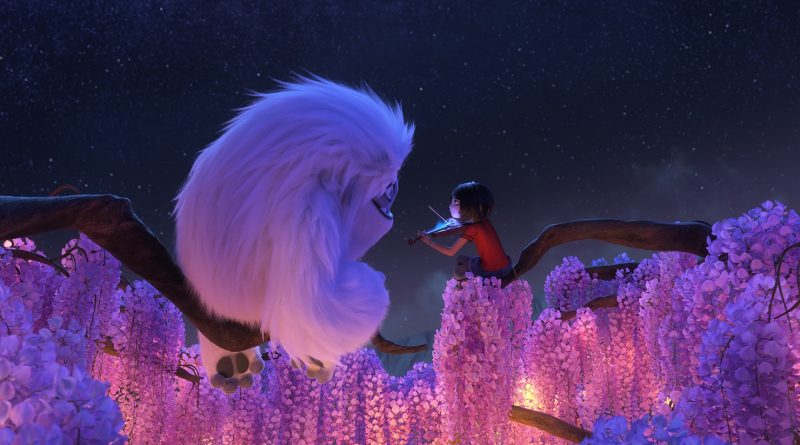 The destination may be a foregone conclusion, but “Abominable” provides a visually stunning, surprisingly tuneful and emotionally satisfying journey worth taking.

The first big co-production between DreamWorks Animation and China’s Pearl Studio, “Abominable” is the latest icy adventure featuring a yeti, after Warner Bros. Animation’s “Smallfoot” and Laika’s “Missing Link.” But “Abominable” is the cuddliest, prettiest and most diverse.

Written and directed by Jill Culton (“Monsters Inc.”) and co-directed by Todd Wilderman (“Home”), “Abominable” is set in Shanghai, China, and follows Yi (Chloe Bennet, TV’s “Agents of S.H.I.E.L.D”), a bright girl spending her summer vacation frantically bouncing from one odd job to the next, to the consternation of her mother (Michelle Wong) and grandmother (Tsai Chin). Yi is mourning the death of her father by saving money for the cross-country trip he planned for the family but never got to take.

When she does come home, she holes up in the hideaway she has created on the roof of their apartment building, secretly practicing the violin her dad left her.

During one of her solitary rehearsals, Yi encounters an injured young yeti who has also taken refuge on the roof and soothes him with her music. She quickly figures out that the helicopters with spotlights and black-clad goons in armored vehicles must be looking for the delightfully fluffy beast.

Recently captured by aged English explorer Burnish (Eddie Izzard), who is desperate to prove that yetis exist, and Dr. Zara (Sarah Paulson), his two-faced head henchwoman, the bulky escapee can’t hide in Shaghai forever, but Yi deduces from his reaction to a billboard that Mount Everest must be his home and resolves to take him there.

Their expedition to the Himalayas gets complicated when Yi’s neighbor Jin (Tenzing Norgay Trainor) a former friend who has become fixated on popularity, appearances and social media status, and his younger cousin Peng (Albert Tsai), a basketball-obsessed bundle of energy, tag along for the trip.

Nicknamed Everest, the creature – which vaguely resembles DreamWorks’ other adorable yet formidable animal hero, Toothless the dragon – soon proves to have magical powers as they traverse forests, deserts and mountains with Burnish’s private army in pursuit.

Mostly aimed at the 10 and younger crowd, the movie offers plenty of eye-popping and ear-pleasing spectacle for all ages, from gorgeous scenes at the Leshan Giant Buddha in Sichuan, where Yi plays a violin cover of Coldplay so beautiful that it conjures natural wonders, to a glitzy sequence on the Shanghai Tower, where the kids use the mega-skyscraper’s daily light show to ditch Burnish’s thugs.

“Abominable” is the rare animated adventure that focuses on a female character who isn’t a princess – even rarer, she’s Asian, a demographic Hollywood has sorely underserved – and Yi is a hero worth rooting for.