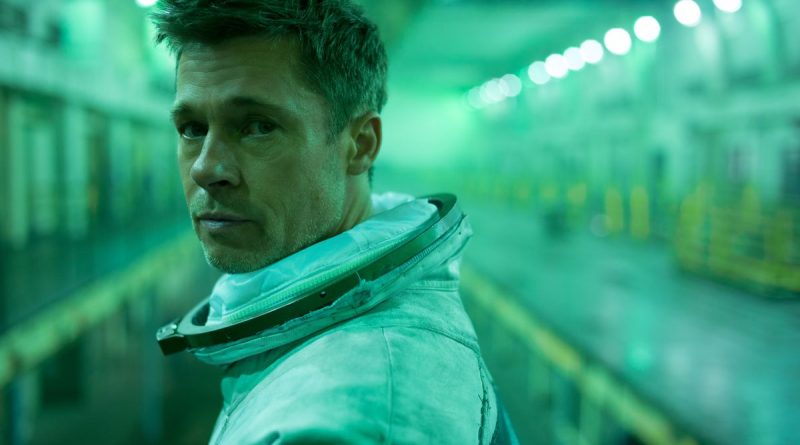 Anyone ready for philosophical science-fiction?

Let’s start with the title. In Latin, “Ad Astra” means “to the stars,” but the entire phrase is “Ad Astra Per Aspera,” meaning “to the stars through hardships.”

Set in an unspecified future when interplanetary travel is common, the constant search for intelligent life in the outer reaches of the solar system continues.

Under top-secret orders from SpaceCom, cool, collected Major Roy McBride (Brad Pitt), whose pulse never exceeds 80 beats per minute, is dispatched to Neptune to find his astronaut father, H. Clifford McBride (Tommy Lee Jones), an American hero thought to have died many years ago, but now suspected to be behind power surges that endanger Earth.

“Like I have a choice,” Roy dutifully mutters. “We go to work. We do our jobs. Then it’s over.” Which may explain Roy’s long estrangement from his wife Eve (Liv Tyler).

And so his epic journey into the galaxy begins – from Earth to the Moon, onto Mars, then Neptune, accompanied by his father’s now-retired colleague Thomas Pruitt (Donald Sutherland) on the ill-fated Lima Project.

Over-colonized, Moon-dwellers battle urban congestion and pirates abound, smashing their moon rovers into unsuspecting astronauts. Then it’s onto Mars, where Roy’s stoic persistence is questioned by Helen Lantros (Ruth Negga), who teaches him about the value of connectivity in the moment.

“We wanted to investigate the inability to connect with others, and the self-protection mechanisms one builds up that keep us from really being open,” Pitt says, explaining the existential loneliness of Roy McBride.

On the Granger Movie Gauge of 1 to 10, “Ad Astra” is an exquisite 8, boldly challenging the tone and rhythm of outer-space exploration.