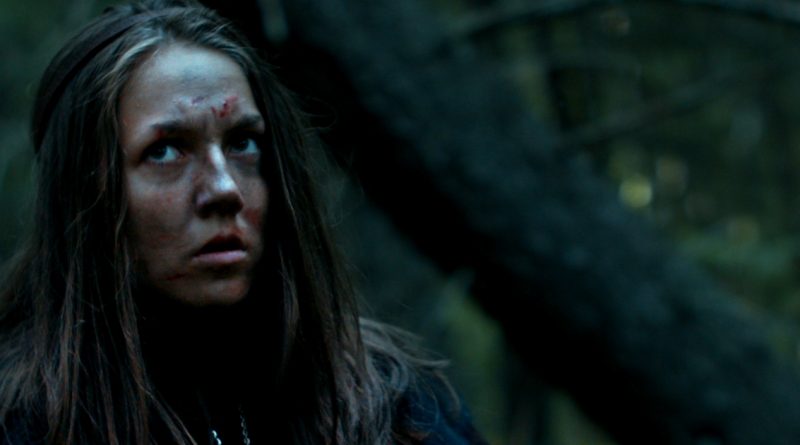 If your knowledge of Norse mythology begins and ends with the Marvel Cinematic Universe, Draug has more gore in store for you.

The movie transports us to 11th-century Sweden, where a military contingent commanded by the formidable Lord Hakon (Ralf Beck) is searching for a missing missionary group that vanished somewhere in the vicinity of the ominous Odmarden forest.

The soldiers’ orders: find the missionaries, led by one of Hakon’s old comrades-in-arms, or kill the insurgents who killed them.

Among the searchers: Hakon’s foster daughter Nanna (Elna Karlsson), who’s been raised among the royal guards since she was orphaned in early childhood.

Nanna can’t remember her former life, but sometimes has strange visions that may provide a few clues. (Spoiler alert: she’s about to find out.)

The trek leads the small troop to another of Hakon’s old buddies: the boozing, blustery sheriff Kettil (Thomas Hedengran).

Accompanied by his constant companion, his comely slave Deja (Nina Filimoshkina), Kettil is only too happy to join Hakon and Co. in interrogating (and bullying) the locals. Who, in turn, are only too happy to oppose the heavy-handed interlopers.

Instead, we’re all stuck in the forest of Odmarden — but that doesn’t stop Draugfrom throwing archers and swordsmen into the witches’ brew. Along with actual witches, shadowy ghosts — and the legendary draugr, undead creatures who stink of decay.

Powered by anger and hate (too bad Yoda’s not around to warn them of the dangers of the dark side), draugr can enter people’s minds and drive them insane — before feasting on their blood and bones.

That is, when it’s not playing like a kids’ choose-your-adventure tale — spooky caves! swashbuckling swordfights!— shot in restless, relentless shaky-cam style. (All the better to disguise a low budget, my dears.)

The movie showcases some vivid performances — especially Hedengran as the smilingly vile Kettil — to enliven the doom and gloom. Alas, it’s not quite enough to keep Draug from being a bit of a drag.