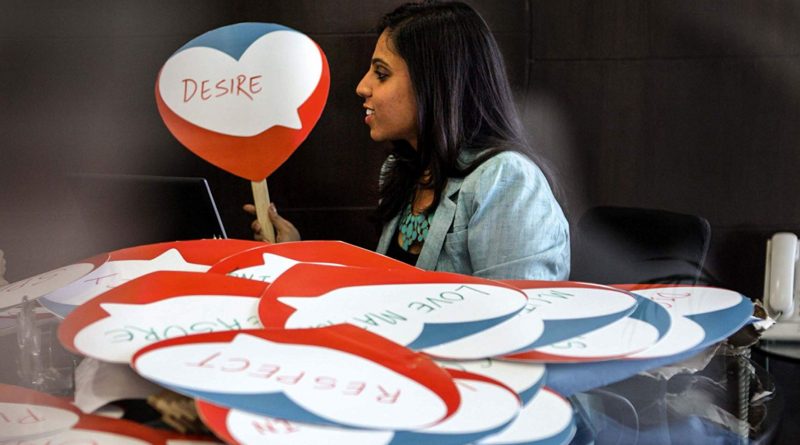 In this timely and powerful film, writer/director Barbara Miller gives us five of the most passionate and eloquent women you’ll ever meet who are doing the tough work of changing culturally entrenched, deadly attitudes and beliefs about women and girls. This is their story, but it is a global one that resonates in every corner of society.

Each woman gets to tell her story, but the film is edited so that common themes gradually emerge, as do the winning personalities of each woman, and the universality of these experiences is underscored. Deborah Feldman escaped a repressive Hassidic community in Brooklyn, New York shortly after a forced marriage at 17 and the birth of her son. In chilling testimony, Feldman describes how she was ostracized for this decision and how women in this sect are forbidden to do anything except marry and reproduce. The shaming of women and girls who seek agency over their own bodies and sexuality is a common theme among the five women who recount their experiences.

One can’t imagine the courage it takes to fight the patriarchy in places like Somalia, in which female genital mutilation is still an entrenched practice performed on young girls for the purpose of controlling their sexual pleasure. Leyla Hussein who emigrated to the UK works, at great personal risk, to bring awareness to both women and men about the realities and consequences of FGM. “Call it what it is,” she says with passion mixed with a weary anger, “it is child sexual assault.” Recounting her own assault at age seven, she describes the confusion and pain of being held down by her mother and aunties as she was cut. “It’s not your body that you lose, you lose trust.”

Vithika Yadav is fighting her own fight in India, where rape and exploitation of girls is commonplace. Yadav created an online platform called “Love Matters” that discusses basic concepts such as love, sex, harassment and consent missing from the social dialogue in India.

Doris Wagner joined a convent in Germany and was raped by priest, but even more insulting and hurtful to the young woman was the indifferent response from church officials and the police when she reported the crime. Rokudenashiko also angered the authorities when she created art that dared to depict a vagina, strictly taboo even in modern day Japan despite the proliferation of hardcore pornography and street festivals that celebrate the penis complete with phallic lollipops.

The film doesn’t rely on “experts”; it wisely allows each woman to offer compelling expertise on her own experience and how it informs the work she’s now doing, which provides a positive counter to grim statistics and the difficulty of changing beliefs based on cultural and religious dogma. #FemalePleasure is a powerful and inspiring documentary that everyone should see, but it is essential viewing for younger audiences who offer the hope of change.