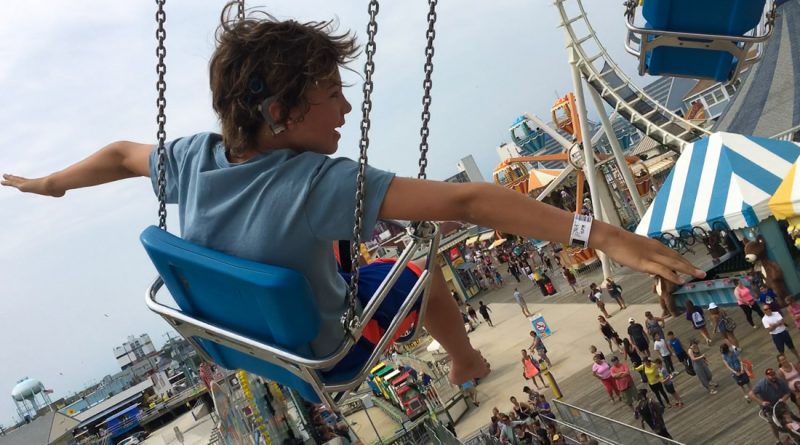 A 2019 Sundance Film Festival selection, Moonlight Sonata is essentially the sequel to her 2007 Sundance Audience Award-winning film Hear and Now, which chronicled the decision by Brodsky’s parents, Paul and Sally Taylor, to get cochlear implants at age 65 after living their entire lives with deafness. But it’s not necessary to see the Peabody Award-winning 2007 documentary to follow her new cinematic memoir.

Although Brodsky and her siblings can all hear, she and her husband get a stark reminder that hereditary hearing loss can skip a generation when their oldest son Jonas goes deaf as a toddler and is quickly fitted with his first cochlear implants.

The story picks up when Jonas, an ornery, action-packed 11-year-old taking piano lessons, becomes enamored of Ludwig van Beethoven’s Moonlight Sonata. He is determined to learn the piece even though his teacher warns him that it may be too difficult musically as well as emotionally for someone his age.

Even as the boy’s youthful enthusiasm flags and his frustration levels rise, Jonas’ fascination with the iconic piece inspires his mother, who learns through her research that Beethoven composed what’s formally known as “Piano Sonata No. 14” as he was losing his hearing.

Diagnosed with early-stage dementia, Paul begins to lose some of the hard-won freedoms that prevented his world from becoming too narrowed by his deafness.

Intimate and engrossing, Moonlight Sonata perhaps isn’t as narratively sound as it could have been. But the documentary accomplishes a fundamental goal of art by allowing us to experience other people’s lives, struggles and triumphs, hopefully furthering our understanding of what it means to be deaf in a world wired for sound.