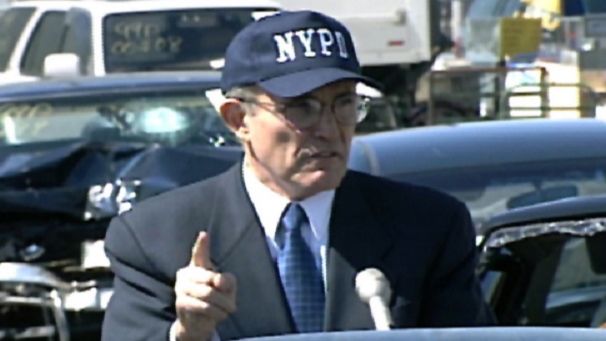 Actually, unless your head has been buried in sand for the past decades, you probably won’t find the information revealed in Kevin Keating’s 2005 documentary particularly surprising, but the film certainly provides a credible summation of news reports and pointed analysis of the legacy of New York City’s former mayor. And, it is particularly relevant at this moment in our American history.

The 118-minute documentary, subtitled “The Man Who Would be President,” relies on commentary by notable New York politicos and entrepreneurs—David Dinkins, Ed Koch, Ralph Nader, Al Sharpton, Norman Siegel, Mary Brosnahan, William Bratton, Donald Trump and other talking heads (47 of them, in all)—interspersed with well-selected archival footage, to trace Rudy Giuliani’s evolution from a Mafia-connected kid and Catholic school super-student to his meteoric rise in the Reagan-led Republican party and, finally, his ascension to his high profile post 9-11 post as “America’s Mayor.” Continue reading on CINEMA CITIZEN