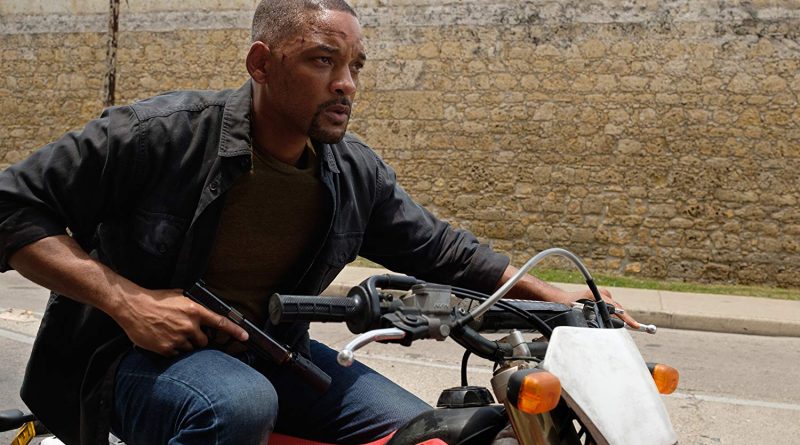 For the past 30 years, director Ang Lee has become renowned for taking risks, especially when it comes to technology. He popularized ‘wuxia’ action in “Crouching Tiger, Hidden Dragon” and the pushed the limits of3-D CGI with “The Life of Pi,” while demonstrating his skill for reflective drama with “Sense and Sensibility” and “Brokeback Mountain.”

In this latest innovative sci-fi action-adventure, Lee incorporates an intriguing plot twist. After years of service to his country as the government’s top black-ops sniper, 51 year-old Henry Brogan (Will Smith) is ready to retire in Georgia.

Problem is: after 72 hits, he knows too much, having just discovered that his ‘handler’ Clay Verris (Clive Owen) set him up to kill an innocent man.

When he realizes he’s being trailed by a low-level operative, Danny Zakarweski (Mary Elizabeth Winstead), he convinces her that she, too, has been duped. So they take off together, along with Brogan’s long-time buddy Baron (Benedict Wong) to find the real culprit behind the deception.

Their search leads them to stylized chase sequences in Cartagena, Colombia, and through the catacombs of Budapest, Hungary – until a mysterious new hitman arrives on the scene, seemingly able to anticipate Brogan’s every evasive move. He turns out to be Brogan’s clone, a younger, stronger version known as Junior (motion-captured/digital Will Smith, circa “Fresh Prince of Bel-Air”).

In addition to dual-casting, Ang Lee once again utilizes the high frame rate he introduced in “Billy Lynn’s Long Halftime Walk,” which was shot and projected at 120 frames per second in many theaters. I find the naturally lit, ultra-realism a bit disconcerting but Dion Beebe’s (“Edge of Tomorrow”) cinematography is certainly exciting.

FULL DISCLOSURE: My son, Don Granger, is one of the producers.

On the Granger Movie Gauge of 1 to 10, “Gemini Man” is an uncanny, eye-catching 7, once again breaking cutting-edge cinematic boundaries.