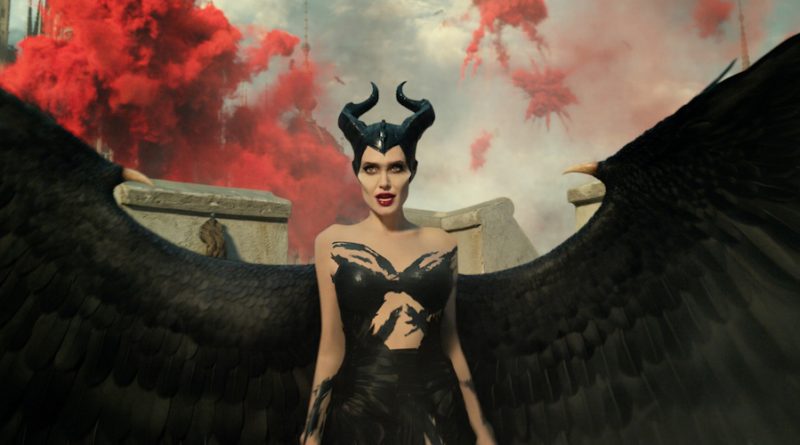 Since the surprise 2014 hit “Maleficent” is already established as a revisionist fable that diverges sharply from the 1959 animated film “Sleeping Beauty,” it’s no surprise that the sequel continues to take a twisty path deeper into its alternative vision of Charles Perrault’s classic fairy tale.

Set five years after the events of “Maleficent” – the sequel is self-contained, so it’s not necessary to have seen or rewatched the first film – the ironically titled “Mistress of Evil” opens with the titular fairy (Oscar winner Angelina Jolie) content in her role as protector of the Moors, while her human ward, Aurora (Elle Fanning), rules as queen over the mystical kingdom of colorfully cute CGI fairies, pixies and sprites.

When Aurora’s beloved Prince Phillip (Harris Dickinson swapping in for Brenton Thwaites) of the next-door kingdom of Ulstead proposes and Aurora accepts, Maleficent is vexed, her distrust of humans too ingrained for her celebrate the impending nuptials. Still, for Aurora’s sake, she accepts a dinner invitation from the groom-to-be’s parents, amiable King John (Robert Lindsay), who, like his son, dreams of peace between the neighboring realms, and icy Queen Ingrith (Oscar nominee Michelle Pfeiffer), who is secretly planning a war to overtake the Moors and eradicate its enchanted inhabitants.

A few goading insults, the return of a certain sleep-inducing curse and Maleficent’s dramatic departure allow the duplicitous queen to drive a wedge between Aurora and her godmother and launch her offensive on the fairy folk, while a well-aimed iron bolt by Ingrith’s right-hand woman Gerda (Jenn Murray) sends Maleficent plunging into the sea.

But Maleficent is saved from certain death by a winged creature startingly like herself. Spirited away to an eye-popping secret island fortress, she learns that she is not just a fairy but a dark fae, a magical species forced into hiding by humans.

Part of a particularly powerful lineage, Maleficent soon finds herself caught between two opposing leaders – her placid rescuer Conall (Chiwetel Ejiofor), who hopes for peace with humans, and the fiery Borra (Ed Skrein), who wants to destroy humans – trying to win her support.

But “Maleficent: Mistress of Evil” is at its best when it lets its two powerhouse leading ladies – Jolie, who is a force of nature as the misunderstood Maleficent, and Pfeiffer, who chews the fantastical scenery with villainous glee – dominate the fairy story.