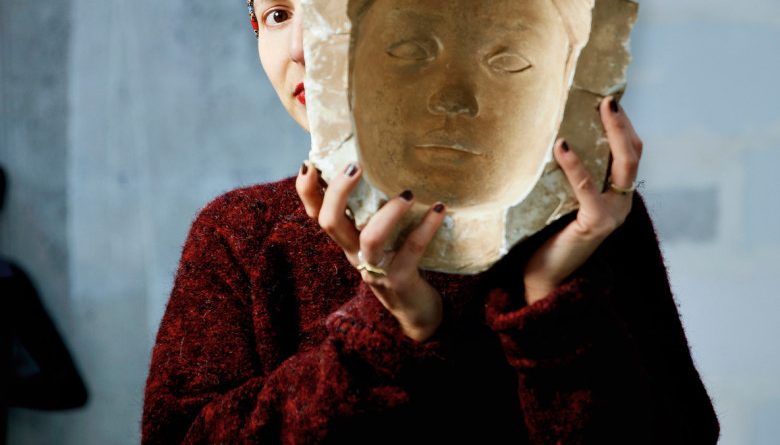 French-born artist Prune Nourry’s autobiographical documentary, Serendipity, is a stunning first feature that explores in her own words her impassioned yet contemplative response to a potentially devastating breast cancer diagnosis she received in 2016 at age 31. The multidisciplinary artist, now based in New York, has worked in a variety of mediums through installations that combine high concept with sculpture, photography, video and performance. Throughout much of her career, her art projects have dealt with the female body and fertility, women’s rights, gender imbalance, bioethics, and genetic engineering. They include “The Procreation Dinner” (2009), “Holy Daughters” (2010-13), “Sperm Bank” (2011), “Holy River” (2011-12), “Terracotta Daughters” (2012); “Imbalance” (2014); and her monument to cancer survivors, “The Amazon” (2018) .

It seems like a natural artistic progression for Nourry to create a first person documentary that captures her personal experiences and evolution after she learns she has cancer — from her preparation for surgery which features a sparkling cameo by the late Agnes Varda who helps cut her long hair, to freezing eggs harvested from her ovaries to preserve her ability to get pregnant in the future, to her mastectomy, subsequent chemotherapy and reconstructive surgery. As she tries to come to terms with the upcoming loss of her breast, she takes inspiration from the myth of heroic one-breasted Amazon female warriors who had their right breast deliberately removed to enhance their prowess as archers. She compares her doctors to talented sculptors in whom she has placed complete trust to refashion her body.

Nourry believes the essential elements of life are health, love and art; that everything is connected; and that coincidence is an illusion. Her film boldly reflects that philosophy. She skillfully interweaves her cancer experiences with her artistic endeavors, both past and present, transforming her story into an intensely personal, cathartic and visually eloquent journey that links her present circumstances to the evolution of her life’s work. Serendipity began as a book published in 2017 to coincide with the opening of her solo show at the Guimet National Asian Art Museum in Paris. It has evolved into a soulful, life affirming cinematic experience that invites the audience to share this rewarding transformative process with her. Angelina Jolie and Darren Aronofsky are executive producers on this impactful feminist documentary.

EDITOR’S NOTE: Serendipity is AWFJ’s Movie of the Week for October 25, 2019