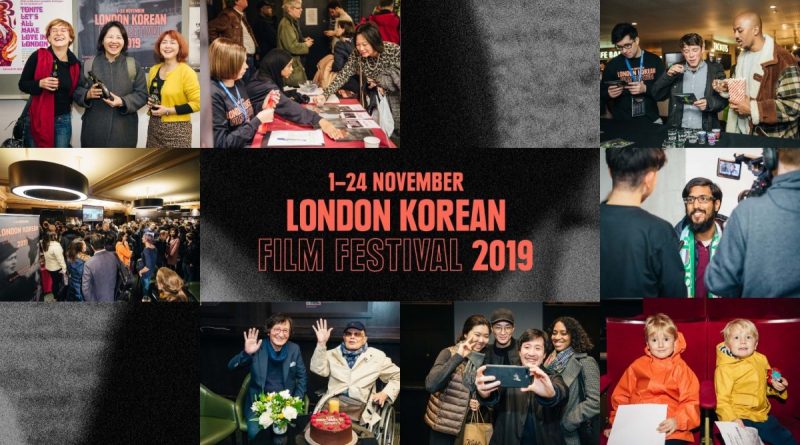 With Bong Joon-ho’s Parasite and its history-making Palme d’Or win at Cannes earlier this year – the first ever for a Korean film – one of the world’s most vibrant and exciting national cinemas is increasingly gaining much-deserved international recognition as one of the most national film cultures today.

Events such as the forthcoming London Korean Film Festival, however, have long championed film from this region; organized by the Korean Cultural Centre UK (and supported by the Korean Ministry of Culture, Sports & Tourism, the Korean Film Archive and the Korean Film Council), the LKFF is now in its impressive 14th year and one of the longest running Korean film festivals in the world. This year’s special focus on the 100-year anniversary of Korean cinema underscores just how vast and diverse the nation’s film history is.

The 2019 festival turns towards the role of women in both Korean cinema specifically and representations in Korean culture more broadly in two ways; firstly across a variety of other program streams including Cinema Now and focuses on documentary, shorts and animations, and perhaps of more immediate, the Women’s Voices strand that highlights the best of women-made Korean cinema at the current moment.

In line with its ambitious “A Century of Korean Cinema” special focus, the festival kicks off with an Opening Gala that screens Kim Soo-yong’s newly restored 1965 classic The Seashore Village, set in a community of where a large proportion of the local women are widowed, having lost their husbands to the sea. Focusing on the relationships between the women in the face of such trauma, the film is marked by its striking cinematography and emphasis on complex, meaningful representations of women.

Lee Manhee’s 1967 classic Homebound centers around a woman writer confined to her bed due to illness whose life takes a turn for the better when least expected, while Shin Sang-ok’s 1958 film The Flowers of Hell tells the story of a sex worker called Sonya in post-war Korea who struggles to survive (a curious film to watch in light of the fact that the director himself was kidnapped by North Korea’s Kim Jong-il and forced to make films there).

Conscious of not quarantining women filmmakers to their own specific strand, it is significant that the “A Century of Korean Cinema” also takes pains to include important historical works by Korean women filmmakers. On this front, Hong Eun-won’s 1962 film A Woman Judge is notable for being only the second feature film ever made by a woman in Korea. As the title suggests, it follows the journey of a young woman intent on becoming a judge, driven by ideals of bettering society that fly in the face of expectations of women and work at the time.

Likewise, the work of another woman director Lim Soon-rye is honored with the inclusion in this special focus of her 1996 satire, Three Friends. Significant works by other women filmmakers appear also in the Artist Video strand with two films by Yoo Soon-mi; her documentary Songs from the North (made in 2014 but only now receiving its UK premiere), and her 2005 film Dangerous Supplement.

But it is of course in its continuing Women’s Voices strand that the LKFF demonstrates an unrelenting dedication to raising the profile of Korean women filmmakers. Alongside public events with filmmakers, performers and critics, this year’s strand features four debut feature films including the UK premieres of Cha Sung-duk’s Youngju and Young Sun Noh’s documentary Yukiko, and international premieres of Ahn Ju-young’s A Boy and Sungreen and Shim Hyejung’s A Bedsore.

The bedsore of the title of Shum Hyejung’s film is symbolic of the open wounds that come to the fore when a family unite to care for their sickly mother, while in Youngju, the title character (played by Km, Hyang-gi) is an orphan who, with her brother, struggles to survive in a world of corrupt adults after the death of their parents. A Boy and Sungreen likewise focuses on young people in the context of familial disruption; this time, it is two high school best friends Nok-yang (Kim Ju-a and Bo-hee (Ahn Ji-ho), who join forces to solve the mystery of Bo-hee’s missing father. In Yukiko, Noh Young Sun explores experiences of grief and trauma after the Korean War, with both Noh Young Sun herself and A Bedsore‘s Shum Hyejung attending screenings for Q&A events.

Together – both in the Women’s Voices strand and across the 2019 LKFF program as a whole – the work and rising visibility of Korean women filmmakers is exciting not only for those interested in hearing diverse voices from this particular region, but for those in London (and the many UK locations where the festival will also tour) with an interest in the less visible work of women directors from around the world.

The London Korean Film Festival from runs from 1-14 November in London, then touring between 18-24 November.