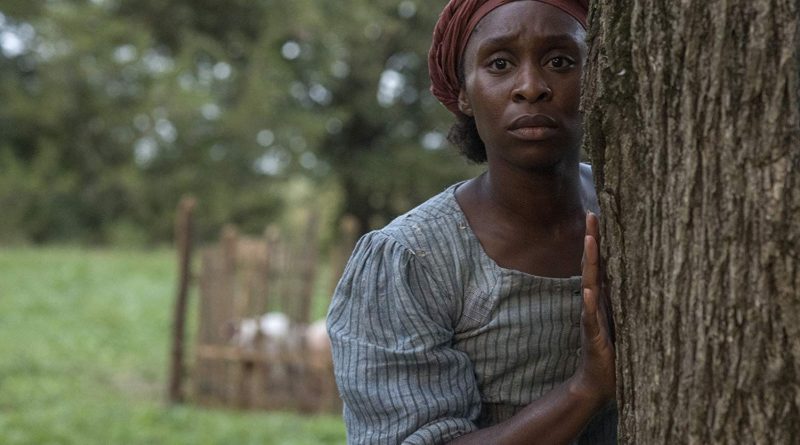 Harriet tells the biography of Harriet Tubman, freedom fighter, escaped slave, a Moses to her people. There has not been a biography of this great American, which says a lot about the attention the film industry pays to women and to people of color, even though they be heroines. “Harriet” is both effective and affective.

The first scene in 1849 in Bucktown, Maryland, shows Tubman, known as Minty, lying in a grassfield under a storm cloud. Her husband, a free man, comes to her with his papers, and the two go to their owner to declare their freedom from slavery. Ripping up the paper, the scion declares that Minty will never be free. She is like his pet pig.

She escapes. She runs. She makes it to Pennsylvania, a free state, and connects to publisher William Still, who connects her to Marie, an elegantly free woman. Marie teaches this disheveled black woman to “walk like you got a right to so nobody pay you no mind.”

Minty becomes Harriet Tubman, going back and forth 100 miles to the South to bring her people out of slavery. She becomes Moses, so-called because the stupid white people assume she’s male because only a man would be so fierce and fearless. She becomes a transvestite, donning sailor’s uniforms and businessmen’s trousers and hats. She also has spells after being coshed in the head, but she credits her visions to God, the voices to God, her strength to God. And she sings coded hymns to call her people to the heaven of freedom.

Cynthia Erivo becomes mighty in the role, singing and speechifying as she rises in glory. She is supported, even shaded, by the magnificent Janelle Monáe as Marie. In the supporting cast are Joe Alwyn from “The Favourite” as the scion of the planation and Leslie Odom Jr. as Still.

Director Kasi Lemmons alternates flashbacks in black and blue with scenes of plantation life but withholds lynching and beating scenes that define movies like 12 Years a Slave. However, the horrors of slavery define every scene, with black faces lit artfully by cinematographer John Toll.

Harriet is moving and disruptive — if hagiographic. Just having it on the screen matters.