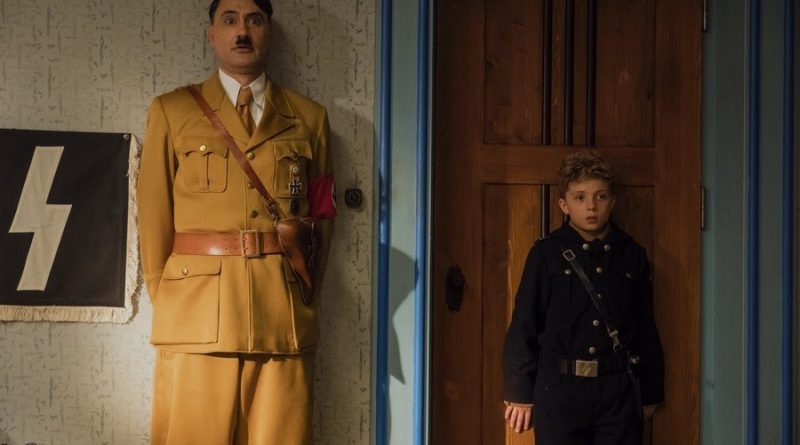 Jojo Rabbit satirizes Nazi Germany in a most entertaining way

In WWII Nazi Germany, 10-year-old JoJo Betzler aspires to exemplary Hitler Youth status. JoJo has absorbed and accepted anti-Semitic propaganda, reinforced by his imaginary friend, Adolf Hitler. But JoJo is anything but an able-bodied soldier in training, as he proves during a weekend camp. Unable to kill the rabbit offered, he becomes JoJo Rabbit, in the film of that title.

Based on Christine Leunens’ novel Caging Skies and adapted by director Taika Waititi, the film exaggerates and thereby ridicules the beliefs and behavior of the Nazis. It also invokes some painful events when JoJo discovers a teenage girl, Elsa, hidden by his mother Rosie in their attic. JoJo and Elsa’s exchanges tease out and make clear the profane propaganda of that era. JoJo’s mother, a superb Scarlett Johansson, navigates a delicate balance: keeping JoJo in the dark while endangering her own life. For comic relief, Sam Rockwell presents Captain Klenzendorf as the outrageous buffoon in charge of the boys’ education and Rebel Wilson as Fraulein Rahm adds to the absurdity.

A great deal of the appeal rests on the small shoulders of Roman Griffin Davis as JoJo. Adorable and educable, he defangs the ugly ideas, showing that, as we know too well, brainwashing with Aryan supremacist/anti-Semitic indoctrination is still all too prevalent. Moreover, late in the film, without spoilers here, actions become violent and ugly, a brave step, I think, reminding us that there are consequences.

Some people consider satirizing the bigoted high and mighty unproductive. Others feel satire offers an effective way to bare and undermine evil, knowing laughter may be both therapeutic and effective, even politically empowering. Based on director Waititi’s Jojo Rabbit, I’m in the latter camp, and all for more ridicule of depraved individuals. Humiliating laughter can expose and shatter repulsive villainy. Certainly, at times the serious scenes cut too close to painful reality, but mockery can also be a step toward course correction. Jojo Rabbit won the audience award at this year’s Toronto Film Festival.