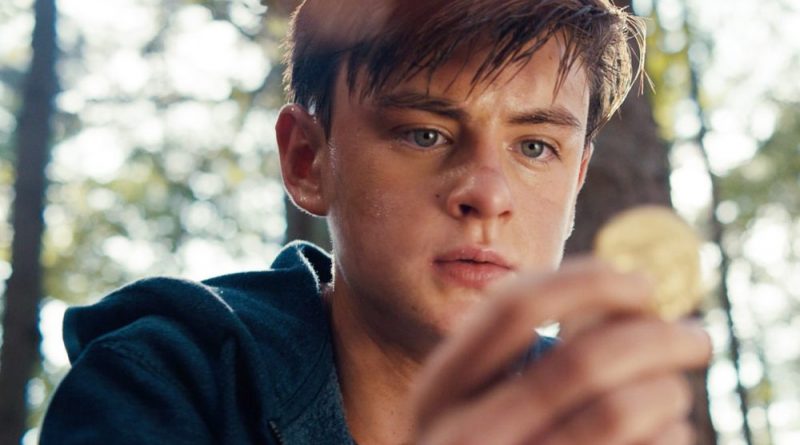 A tense and tidy feature film debut from writer-director Kevin McMullin, “Low Tide” rises as both a 1980s coming-of-age story and an atmospheric treasure-hunting thriller.

Set during the summer in a Jersey Shore beach town popular with vacationers, the spare film follows young townies Alan (Keean Johnson), Red (Alex Neustaedter) and Smitty (Daniel Zolghadri), who while away the days dabbling in juvenile delinquency, especially breaking into the summer homes of the despised Bennys – a mashup for visitors from Bayonne, Elizabeth, Newark or New York – to steal their baubles.

During one night of crime, Smitty breaks his ankle while making their getaway, so when they learn that a wealthy local hermit has died, Alan and Red must find a new lookout so they can row out to the nearby peninsula and raid the deceased recluse’s now-deserted home.

They turn to Alan’s smart and serious younger brother Peter (Jaeden Martell, who has appeared in films like “It” and “St. Vincent” as Jaeden Lieberher), who helps Alan retrieve a secret stash of valuable gold coins.

When world-weary local cop Sgt. Kent (Shea Whigham) turns up on the scene, Red strands the brothers, who in return hide the treasure and vow not to tell anyone else about it.

But secrets like that have a way of getting out, especially when Alan starts cashing in the coins at the local pawn shop so he can impress Mary (Kristine Froseth), a pretty Benny girl yearning for adventure.

It quickly becomes clear that the one-time friends will go to great lengths to make the gold theirs.