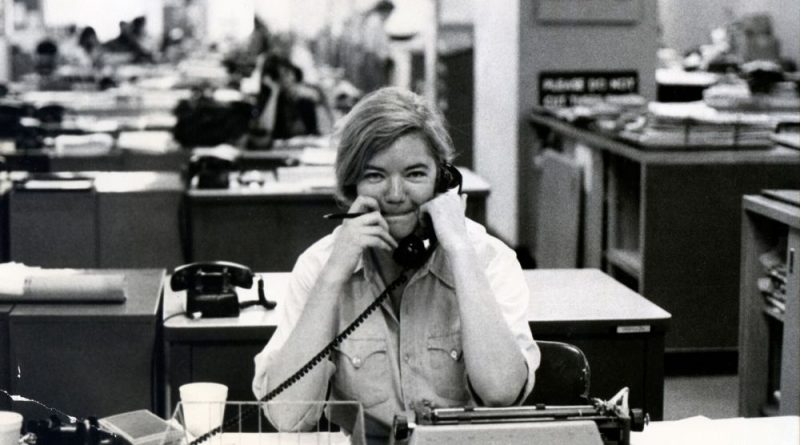 Molly Ivins boasted a personality as big as her beloved home state of Texas.

The film chronicles Ivins’ privileged upbringing in Houston’s wealthy River Oaks district, her troubled relationship with her controlling, hard-drinking and rigidly conservative father and her education at upper-crusty Smith College. She went into journalism and used her formidable size – she was 6-feet tall and big-boned, so, as she observes, “nobody ever looked at me and said, ‘Oh, you poor, sweet, dainty, fragile little thing, we couldn’t possibly send you out to cover a fire'” – to ensure she covered hard news rather than getting stuck in the women’s section.

Wearing her liberal leanings on her sleeve, she quickly started ruffling feathers with her coverage of the Civil Rights Movement and the Texas Legislature. The film zippily chronicles her journalism career – including a stint at the New York Times, which brought her in because of her incandescent personality and then rapidly tried to dim it – culminating in her acceptance in 1981 of an offer from the Dallas Times Herald to have “complete freedom” in writing her column, which was eventually syndicated in 300 to 400 newspapers across the country.

Observing that “Texas has always been the national laboratory for bad government,” Ivins rose to national prominence as a political commentator alongside the Bush family, of whom she was keenly critical (especially George W. Bush, who was the topic of her book titled “Shrub”). Although she continually – and hilariously – called out Republicans for their moral hypocrisy, special interests and big-business loyalties, she didn’t hesitate to cut down Democrats she thought they needed it: She became so disenchanted with Bill Clinton – particularly of his welfare reform package, which she believed would only lead to more people in poverty – that she publicly declined to cast a ballot in the 1996 presidential election.

Depending largely on archival interviews with Ivins and her friend the late Texas Gov. Ann Richards as well as new interviews with family, friends and fans – including Dan Rather and Rachel Maddow – the film also delves into Ivins’ struggles with alcoholism, her mixed feelings about eschewing the traditional route of marriage and motherhood and her seven-year battle with breast cancer, which caused her death in 2007 at age 62.

Although we occasionally hear from a vicious caller or see nasty and even threatening letters, the documentary doesn’t give the perspective of what her political enemies thought of Ivins, whose outspoken ways definitely garnered hordes of haters. But even if her politics aren’t for you, Ivins’ folksy yet articulate Texas wit and her devotion to the Bill of Rights make her a figure who continues to make an impact.