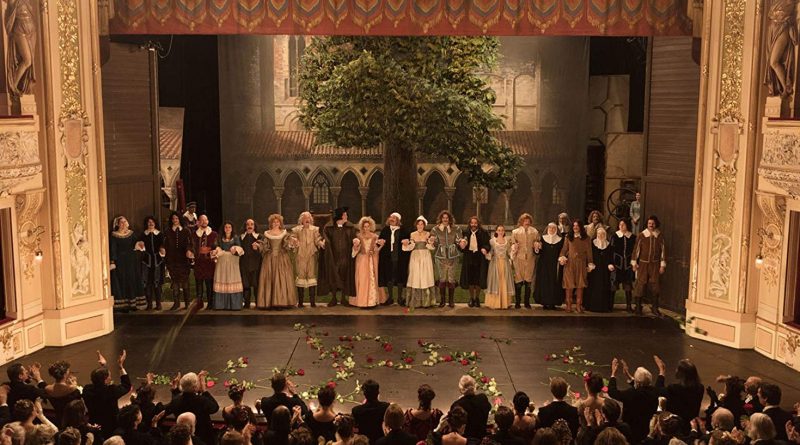 The lavishly produced period piece Cyrano, My Love begins in Paris, 1895. Failing playwright Edmond Rostand watches from the balcony as his play, featuring the great Sarah Bernhardt, flops. As with Edmond’s creation, the film—rushed and affected—doesn’t quite capture that glorious era, thrilling Parisian society at the turn of the century: salons, the Moulin Rouge, La Comédie Française.

After quickly establishing Edmond’s failure with his latest theatrical disappointment, the narrative speeds from scene to scene. Characters rush about along with the camera as it tracks forward and back, reframing, working as hard as the script to add energy to a totally predictable story. Facing one hurdle after another, Rostand scrambles to produce his now familiar theatrical invention: Cyrano de Bergerac in time for its premiere. Cyrano’s central actor, Constant Coquelin, with financial troubles of his own, embraces the conceit.

Adapted by and based on his stage play, director Alexis Michalik goes all in with his version of a famous character, unattractive with his huge nose but clever, the man with the moving, heartfelt professions of love. Familiarity with the legendary story of this seventeenth century nobleman’s travails may help viewers immerse themselves in the nineteenth century telling, helping suspend disbelief in this mannered presentation. Still, stereotypes abound, and dialogue is delivered as if the characters are on stage even when they aren’t. In a welcome addition, racism gets upended through Honoré, the highly educated, literate, delightful café owner, played perfectly by Jean-Michel Martial .

The other actors, especially Thomas Solivérès as Edmond, Olivier Gourmet as Coquelin, and director Michalik himself as playwright Georges Feydeau, give fine performances, clearly totally committed to the style and approach. It is unfortunate that Edmond’s wife Rosemonde, a fine Alice de Lencquesaing, is not established as the successful poet she was.

The art direction and costuming aid in establishing the time period, as does the music. As rarefied as it is, cinema lovers who respond positively to admirable messages—don’t judge by appearance but by one’s heart—will enjoy this pleasant, albeit very theatrical, diversion.