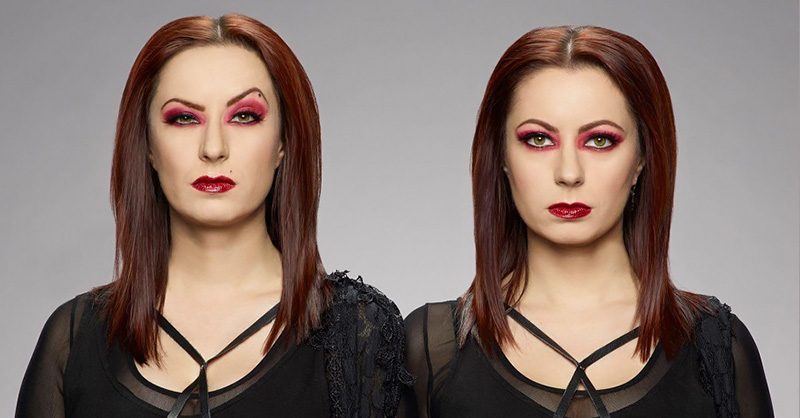 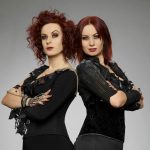 Their latest film is the highly anticipated reimaging of cult Canadian auteur David Cronenberg’s iconic 1977 body horror film Rabid, the Soska twins’ version making its world premiere at London’ Frightfest in August. In October, it had its US premiere at Hollywood’s Screamfest Horror Film Festival, the biggest and longest-running horror movie film festival in the USA.

The Women in Horror movement

For far too long, women horror film directors have been considered an oddity, the assumption it largely a contemporary phenomenon deliberately writing out of film history a number of key pioneers from around the world such as Germaine Dulac’s The Seashell and the Clergyman (1928), Luise Fleck’s The Ancestress (1919) and Anita (1920) that she co-directed with her husband Jacob, and Hong Kong New Wave legend Ann Hui, who made a number of horror films such as The Spooky Bunch (1980) and Visible Secret (2002).

This has coincided with the grassroots Women in Horror movement, a now-global phenomenon that has seen women horror fans and filmmakers unite in the shared purpose of bringing greater visibility not only to the history of women’s filmmaking in the genre, but also to the fact that women filmmakers are far from an anomaly. 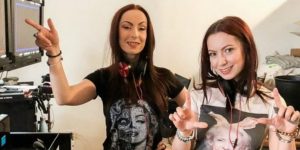 Jen and Sylvia Soska are amongst the public faces of this movement, Sylvia telling Evelyn Wang in a 2017 interview with Broadly that “every time we said we were horror directors, people would look at us and go, ‘Oh, honey, you don’t have to do that’.” Sylvia continued, “It was almost like they were talking about how I clean up roadkill for the city, and it was this weird preconceived notion that horror movies and women don’t mix.” Along with the women mentioned here (and many, many others), Jen and Sylvia Soska are here to prove otherwise.

Dead Hooker in a Trunk

Despite the provocative nature of its deliberately politically incorrect title, Dead Hooker in a Trunk takes the trope of the supposedly ‘disposable’ sex worker (a regressive cliché that spans not just horror but cinema in general) and granted it a refreshing, fundamental and much-needed humanity.

In a film where the characters are named after the specific stereotype they represent (and subvert), the film was directed, produced, written and starred Jen and Sylvia, in which they appeared as Geek and Badass respectively. Along with Junkie (Rikki Gange) and Goody Two-Shoes (CJ Wallis), the discovery of the eponymous woman in the titular location sparks the narrative, where the team seek to unravel the mystery of what happened to her and try to figure out what to do with her body. Culminating with a moving, sincere and suitably informal funeral for Hooker (Tasha Moth), the film allows an important space to both respect and mourn an all-too commonly disposable stereotype of women sex workers in film.

Originating as a rejection of everything they learned at film school, the twins turned to the latter after beginning their careers as actors and being disappointed with the unoriginal roles they were being offered. Disenchanted with the film school experience, with Dead Hooker in the Trunk their DIY spirit came to the fore as they set out to make a film that consciously disobeyed every ‘rule’ they were taught, and in doing so captured a wholly unique, contagious energy well beyond what is possible in the context of the rigid restrains of a formal filmmaking education.

With Dead Hooker in a Trunk receiving distribution from IFC and bringing the Soskas to the attention of famous fans such as Eli Roth, they moved on to their breakthrough film, American Mary. An unflinching film about a financially struggling young medical surgery forced to drop out after a horrendous sexual assault by a superior, she turns her sideline money-making ventures in extreme body-modification into a full-time career, while simultaneously turning towards non-orthodox methods of working through her trauma.

Aside from its sympathetic and complex exploration of the underground body-mod subculture far too often used as lazy shorthand in mainstream cinema for ‘weird’ or ‘freaky’, in their telling of Mary’s story (played in an unforgettable performance by Ginger Snaps’ Katharine Isabelle), Jen and Sylvia’s sophomore feature – like Dead Hooker in a Trunk – grants a real humanity to those dismissed as outsiders, so often deemed largely disposable (including Mary herself).

Predating the Time’s Up movement by many years, a number of themes in American Mary are still strikingly relevant today, if not more so. Sparked by the Soskas own experience of being hyper-sexualized from a young age because they are twins, their approach to sexual violence hinges wholly on the subjective experience of its central character. The adamantly refuse to allow their audience any opportunity to objectify her, as we are forced to experience the film through nothing less than a full understanding of her trauma, leading us to understand (although not necessarily approve) of the often-shocking decisions that she makes along her difficult journey.

With its graphic violence and pro-woman spirit, American Mary brought the Soskas to the attention of a widespread fan network, especially of women horror fans whose love of the genre had been otherwise ignored or even mocked in the male-heavy horror scene. Produced by cult luminaries Ant Timpson and Tim League, ABCs of Death 2 – the sequel to the popular 2012 horror anthology The ABCs of Death – saw the series continue, again showcasing 26 short films, each inspired by a different letter of the alphabet.

They followed its cult success with See No Evil 2 in 2014, a sequel to the 2006 original WWE-funded horror film starring professional wrestler Kane, cult horror actor and filmmaker Danielle Harris, and again reuniting with American Mary‘s Katharine Isabelle. A hospital-set slasher film drenched in sex and violence, despite not receiving a theatrical release the film lured more fans to the Soskas work on the festival circuit and upon its home entertainment release.

Vendetta and work in front of the camera

Turning away from their horror origins but staying in the realm of genres dominated by physical action, in 2015 they directed the revenge-driven action film Vendetta starring Dean Cain as a cop seeking vengeance for the murder of his wife. The first of the six-part WWE Action Six-Pack series, a collaboration between WWE Studios and Lionsgate that saw the Soskas demonstrate their skills working across different genres.

With on-screen roles in their own films ranging from Dead Hooker in a Trunk to American Mary, the Soskas original passion has continued alongside their directorial career, with their public personae just as central to their cult appeal as their craft as filmmakers.

Aside from making a small, uncredited appearance in Zach Lipovsky’s zombie film Dead Rising: Watchtower (2015), their on-screen credits also include hosting the Blumhouse Productions horror game show Hellevator from 2015 to 2016 that aired on the Game Show Network.

As one of the most iconic horror filmmakers in the world, for fellow Canadian writers and directors Jen and Sylvia Soska the offer to make a feature film reimagining of David Cronenberg’s Rabid was too good an offer to refuse. Approaching the original as a near-sacred text, the Soskas approach to their version balances a dedication to Cronenberg’s movie while consciously reframing it from a women’s perspective behind the camera, resetting the story in a contemporary setting.

Working with a number of people both behind and in front of the camera who were involved in Cronenberg’s original, Rabid is both a love letter to Cronenberg’s movie while at the same time returning to the core themes that dominate much of the Soskas work as directors and screenwriters; questions of the exploitation of women and empowerment, all framed through a highly visible love of body horror framed from an overt empathy with their central woman protagonist.

Beyond filmmaking, Jen and Sylvia Soska have also been actively involved in writing comics and graphic novels. These include Night Nurse that appeared in 2015’s Secret Wars Journal #5, and they recently released Black Widow: No Restraints, both for Marvel Comics.

Why We Chose Them 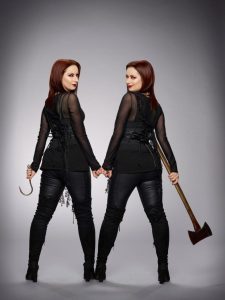 From writing to directing to acting to hosting game shows and writing graphic novels, a fearless punk rock spirit permeates the work of Jen and Sylvia Soska that has made them key figures in the women in horror movement, as well as earning them an ever-growing broader cult reputation and devoted army of fans.

Their fierce movies, unapologetic commitment to their feminist vision and their unflinching dedication to genre filmmaking make them the perfect subject for this month’s SPOTLIGHT. The Soskas are, above all else, the living embodiment of the power and strength inherent in the act of women’s creative collaboration. — Alexandra Heller-Nicholas