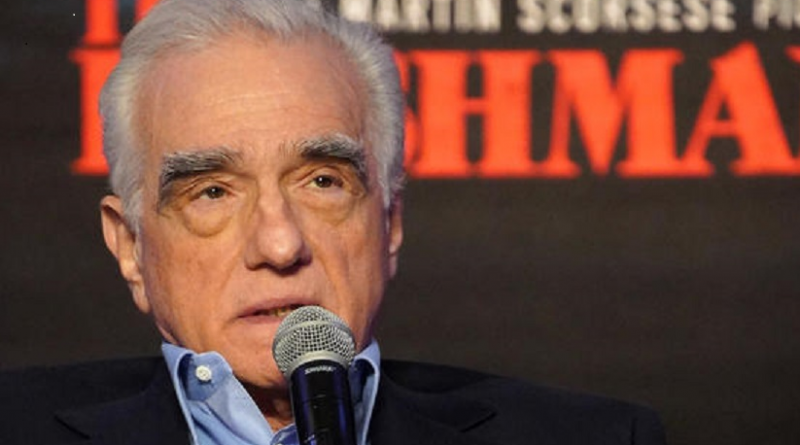 Throughout his filmmaking career, Martin Scorsese has been drawn to stories of crime and corruption. His name is associated with movies about mobsters. Yet, of the 25 narrative films Scorsese has directed to date, only eight of them have focused on criminal behavior, lifestyle and credo – and they range in focus and scope from the expose of the exploits of Jordan Belfort in The Wolf of Wall Street to the epic period civic rumbles in Gangs of New York, and from low to mid-level mob life in Mean Streets and Goodfellas to high stakes gaming in Casino, to the exploration of adversarial exploitations by organized crime and law enforcement in his Oscar-winning The Departed. 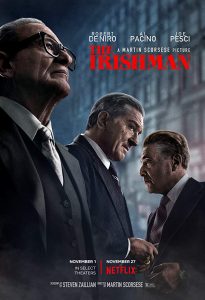 Scorsese’s latest film, The Irishman, releasing November 1 in theaters and available on Netflix on November 27, is the director’s eighth foray into the world of crime and corruption. Based on Charles Brandt’s investigative book, I Heard You Paint Houses, the film is a three-hour long epic drama about events spanning decades, leading up to and following the 1975 disappearance of the power-wielding, mob-associated union leader Jimmy Hoffa (Al Pacino), a real life crime that has never been officially marked as solved. The titular Irishman is Frank Sheeran (Robert De Niro), a union leader and high-level mafia hitman who, if the film’s scenario is accurate, was the capo who carried out the mob-ordered execution of Hoffa. Continue reading on CINEMA CITIZEN