Under the guidance of Executive Director Shauna Hardy Mishaw, Whistler Film Festival has consistently opened the doors of opportunity for female filmmakers through its programming of films, various mentoring programs and partnerships with AWFJ, Women in the Directors Chair and other organizations. 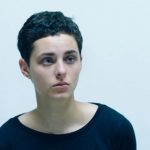 A brilliant contemporary retelling of the story of Antigone, set in Montreal. Echoing the classic Greek tragedy of Sophocles, ANTIGONE is the journey of a young woman who defies the authorities and the criminal justice system to protect her family. After a clash with the police leaves one brother dead, and the other incarcerated and facing deportation to the country where their parents were murdered, Antigone orchestrates Polynice’s escape from prison and struggles to keep her family together as their citizenship is threatened and her sentence is deliberated. The film rings with a poignant sense of adolescent rage and heralds Sophie Deraspe’s most accomplished directorial venture to date. Read more. 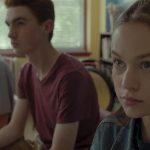 Set in 1987 in Newfoundland, BLACK CONFLUX tells the unsettling story of two wildly different yet eerily similar souls. Parallel narrative arcs follow fifteen-year-old Jackie, lost among her friends and trying to find herself, and social outsider and brewery worker Dennis, nursing a vitriolic masculine entitlement that betrays him in brutish and sullen outbursts. Amid crippling bouts of self-doubt in most every aspect of his life, once alone he is by jarring turns taunted by and assiduously doted on by a host of enchanting female personas. Jackie embarks on a rebellious streak of skipping school, partying and hitchhiking, unknowingly setting out on a course fated to collide with an insular loner whose incel impulses reign supreme on solo drives steeped in fantasy. First-time filmmaker Nicole Dorsey commands the suspenseful elements leading to the climactic encounter between these two damaged souls. Read more. 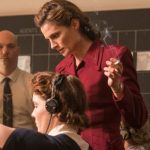 Sarah Megan Thomas proves a cinematic triple-threat in the roles of producer, writer and lead actor in this thrilling true story of female spies of the Allied resistance during WWII. Forced to consider new avenues for espionage after the Nazis invade France, Winston Churchill resolved to create a covert brigade of female spies within his Special Operations Executive. Spy-mistress Vera Atkins (Stana Katic) was tasked with overseeing this unit, and the bulk of the narrative focuses on the efforts of two of her most effective recruits: American expatriate Virginia Hall (played by Sarah Megan Thomas) and Muslim pacifist Noor Inayat Khan (Radhike Aote). Together, these women form a sisterhood while entangled in dangerous missions to build a new type of spy network and help stop Hitler. Read more. 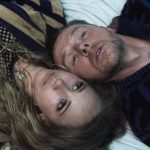 Katharine O’Brien goes beyond the trope of sensationalized documentation in LOST TRANSMISSIONS, giving an all-encompassing look at modern societal failings in dealing with schizophrenia. Hannah’s heartbreakingly desperate attempts to get Theo the help he needs bring her to the brink of her own sanity, and to the bleak realisation that the American healthcare system is not equipped to adequately intervene. Pegg and Temple’s compassionate portrayals of their characters’ all-consuming mental battles will resonate with anyone who has struggled with mental illness, either directly or in supporting a loved one. A marvellously acted and empathetic reflection on two debilitating mental health issues acutely experienced by so many, set to an impressive soundtrack. Read more. 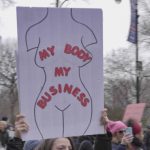 Subtitled “Lifting the Lid on Menstruation”, this sometimes cheeky but always thoughtful exploration of issues surrounding women’s menstrual cycles takes a trip around the world, showing how male dominant attitudes towards a perfectly natural phenomenon have been used as a tool of repression in many patriarchal societies. Stigmatised and superstitious practices and attitudes pervade in many religious belief systems and cultures, from social ostracisation and body-shaming to violent practices like female genital mutilation. Read more.

THE REST OF US
Director Aisling Chin Yee 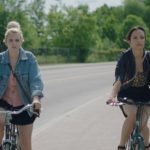 Children’s author and illustrator Cami (Heather Graham) painstakingly rebuilt her life after her husband Craig abandoned her and her unruly teenage daughter, Aster (Sophie Nélisse). In the wake of his unexpected passing, newly widowed mistress-turned-wife Rachel (Jody Balfour) and her young daughter face eviction from what was once Cami and Craig’s family home. In a spontaneous bout of empathy Cami invites the pair to move into a trailer on her property, to save them from sleeping in Rachel’s car. Unsurprisingly the two Moms don’t exactly get along, and the young half-sisters have their share of differences too. Aisling Chin-Yee’s directorial debut, having previously produced RHYMES FOR YOUNG GHOULS (2013) is a thoughtful exploration of the complexities of female relationships as these two mothers attempt, not always gracefully, to coexist and raise their daughters and guide them through their unique grief. Read more. 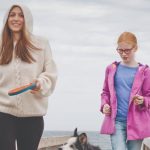 Chelsea Peretti is most widely known for her roles in Brooklyn Nine-Nine and Parks and Recreation, her Netflix-streaming stand-up special One of The Greats, and a scene-stealing appearance in GAME NIGHT with Jason Bateman and Rachel McAdams. In her feature film debut, Peretti gives an outstanding performance as thirty-nine-year-old Gaby, an outspoken cynic plagued by the societal pressure that all too often comes with being single at a ‘certain age’. Following an unceremonious break-up, Gaby resolves to find love via a series of blind dates, each one more ill-fated and comically rendered than the last. Read more. 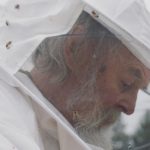 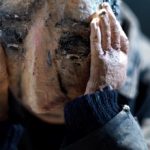 DAUGHTER
Director Daria Kashcheeva
In this innovative and heart-wrenching puppet animation, the bond between a father and his daughter is threatened by matters that go unspoken and hurts that are slow to heal. Read more. 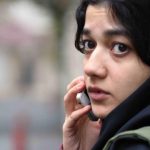 EXAM
Director Sonia K. Hadad
A teenage girl reluctantly agrees to deliver a package of cocaine on the day of an important test. Tension rises as a series of unfortunate events threaten to derail more than her GPA in this unnerving drama. Read more. 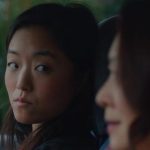 IN LOVING MEMORY
Director Mayumi Yoshida and Diana Bang
When Kailey attends the wake of her father, who abandoned her as a child, she is forced to face a myriad of emotions amid a minefield of colourful characters. IN LOVING MEMORY is a layered examination of the complexities of families and navigating loss. Read more. 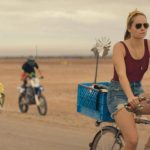 MUDPOTS
Director Cate Smierciak
Facing her imminent departure, Shelby and her best friend, Jess, spend one last dreamy afternoon together that culminates in a romantic moment at Shelby’s going-away party. A visually stunning tale of holding on while still saying goodbye. Read more. 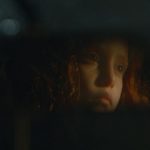 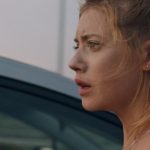 STANDSTILL
Director Katia Shannon
On the way to starting a new life with her boyfriend, Amanda gets stuck in traffic. Her fight to get through the gridlock turns into a fight for survival as her body comes to a standstill. With panic mounting, Amanda must face her deepest vulnerabilities in order to survive. Read more. 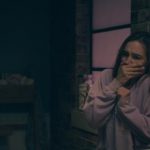 UNIDENTIFIED WOMAN
Director Katrina Saville
Dawn struggles emotionally after her roommate, a charismatic con-woman, robs her of her possessions, money, and identity. Haunted by lingering memories, Dawn takes matters into her own hands in this tense drama. Read more. 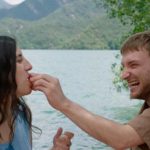 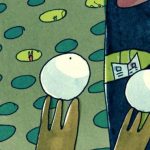 WHY SLUGS HAVE NO LEGS
Director Aline Höchli
Slugs have a hard time keeping up with the pace of life in the city of insects. When a financial crisis hits, the industrious bees only see one solution. Droll imagery and a jaunty soundtrack converge in this clever modern parable. Read more.