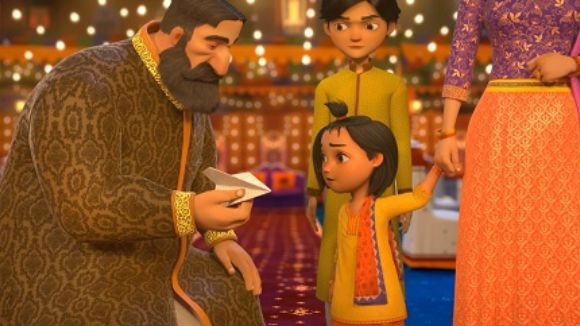 Sitara: Let Girls Dream is an animated short that follows the story of Pari, a 14-year-old girl with dreams of becoming a pilot growing up in a society that doesn’t allow her to dream.

Serving as an executive producer on the project, feminist activist Gloria Steinem commented, “Thanks to the universal language of animation, Sitara will help girls everywhere to dream and to soar.”

Gucci’s social impact initiative Chime for Change, Obaid Chinoy, and Vice Media Group’s Emmy-nominated Ariel Wengroff will create an impact campaign for the film around the theme Let Girls Dream, through which they hope to encourage girls around the world to share their dreams and gain inspiration from one another. Continue resding on THE WEEK IN WOMEN