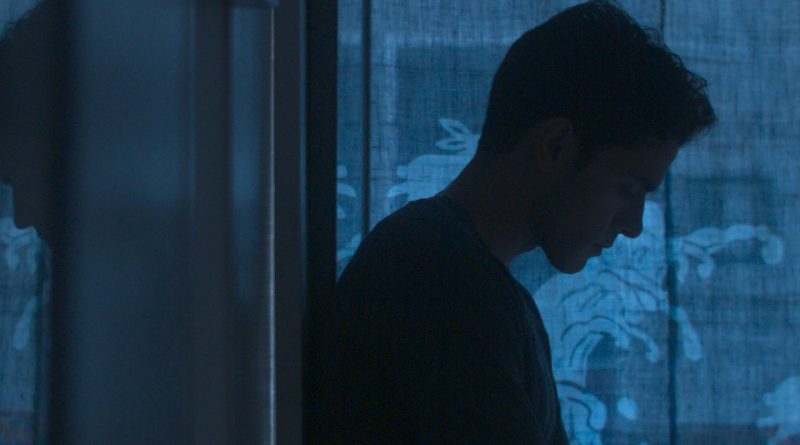 Directors Jacob Akira Okada and Carylanna Taylor, with their first scripted feature, have managed to mix science fiction with a love story set against a backdrop of a tightly knit, closed immigrant community in Queens.

Anya is the story of a birth, and the film takes us back to the beginning when Libby (Ali Ahn) and Marco (Gil Perez-Abraham) meet. She’s a sophisticated journalist; he’s shy and awkward owing to his cloistered upbringing in a tribe called Narval whose people, he explains, migrated from a remote (fictional) island in the Caribbean and speak a version of Spanish. Marco has left the community and is being shunned by everyone including his mother, Sara (Ana Maria Jomolca).

Libby and Marco become a couple and want to have a child but after several miscarriages, Libby is becoming obsessive about the reason, papering her apartment walls with fertility charts. A distraught Marco finally reveals that Narwals who leave the tribe are cursed with infertility. A skeptical Libby seeks out the help of old boyfriend and scientist Dr. Seymour Livingston (Motell Gyn Foster) who, after testing both, confirms that Marco’s and Libby’s genes are incompatible for reproduction. Sensing the chance for a major discovery that could earn him attention, Seymour proposes collecting samples from other Narwals to see if they are a different species. Going onto their hostile turf, he convinces a group of them, including Marco’s defiant mother, that he can help them break the curse if he can edit their genes.

It sounds implausible, but the film crafts an absorbing drama of mistrustful but believable outsiders, a couple desperate to conceive, and an ambitious but ethical scientist that allows us to willingly suspend disbelief especially since genetics and new methods to combat infertility are ripe for such speculation. The personal drama of a strange people with entrenched customs may be more interesting than the sometimes confusing science but Anya ambitiously tries to balance both, and mostly succeeds.