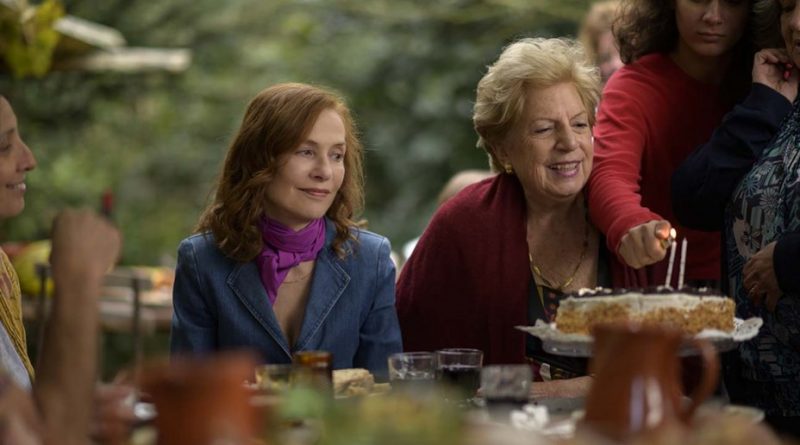 The film “Frankie” is set in Sintra, Portugal, known for its dense landscapes. “Frankie” involves dense plotting — but not garden plots. This film is either a delicate disquisition on marriage, or else it attempts to pull the wool over arthouse audiences that think pausing between palavering is the same as significant introspection.

The story swirls like a broomstick skirt around the coming death of one of the principals. That story is told by three generations of the family that will be changed forever. Each member is caught in a different phase of marriage or a relationship.

Frankie herself, a sprite of a woman, is married to a beefy man, her second husband. Her first husband lolls around, reminiscing. Her son Paul pouts because his girlfriend has dumped him. Frankie’s an actress who’s invited Eileen, an old friend from production, to visit Sintra, hoping she’ll like Paul; Frankie does not count on Eileen’s bringing a boyfriend, Gary, and Gary doesn’t count on Eileen’s response to his plans for them.

Frankie’s maid is divorcing her over-bearing husband while their lithe daughter is hooking up with a boy on a beach, hormones aflare. A tour guide is being followed by his jealous wife from afar.

There is much talk in half-a-dozen languages and accents — much unintelligible — about love and inheritance. There are tears and Franz Schubert’s Opus 94. At the end, director Ira Sachs indulges himself with the camera locked down, watching the family on the rocks. Other lovely scenes include the mists of the woods and the blue of ocean and tiles as well as a fountain that is said to supply husbands for thirsty virgins.

What there isn’t is substance. What there is is pretension. There’s also not a lot of good acting, certainly not from the two teens, and not from the principals, who include Isabelle Huppert, Brendan Gleeson, Marisa Tomei, and Greg Kinnear. “Frankie” should be called “Marriage Stories,” emphasis on the plural, but it’s no comparison with Noah Baumbach’s singular “Marriage Story.”