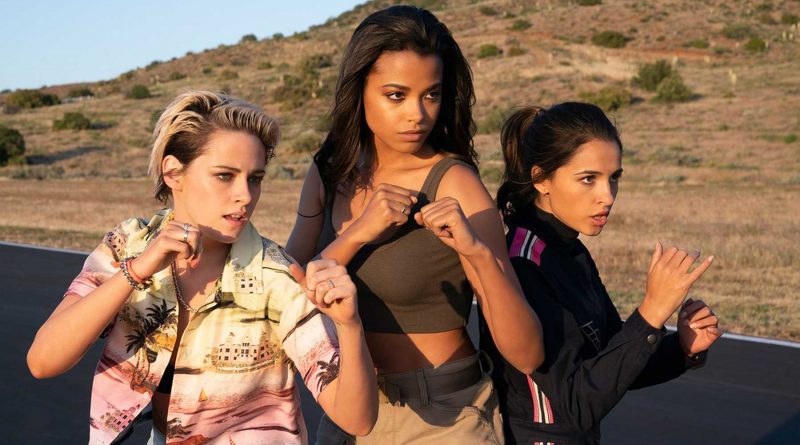 I didn’t go to see this when it opened – nor did many people. Elizabeth Banks wrote, directed, produced and starred in this ill-fated version, utilizing a $50 million budget, yet making a mere $8.6 million its opening weekend.

So what went wrong?

According to Banks, “If this movie doesn’t make money, if reinforces a stereotype in Hollywood that men don’t go to see action movies.”

When it was noted that audiences flocked to “Wonder Woman” and “Captain Marvel,” Banks said, “They’ll go to see a comic book movie because that’s a male genre. So even though these movies are about women, they put them in the context of feeding the larger comic book world.”

In my opinion, since there was a disappointingly generic marketing campaign, few people lined up at the box-office. Plus, there’s no star power. McG’s versions (2000 & 2003) had Drew Barrymore, Cameron Diaz and Lucy Liu, and the original (1976) TV series featured Farrah Fawcett, Kate Jackson and Jacklyn Smith.

With “Twilight,” Kristen Stewart had a big boost but she hasn’t done much recently. Here, she’s used as comic relief and co-stars Ella Balinska and Naomi Scott aren’t famous.

Then there’s John Bosley (Patrick Stewart), the crime-fighting Angels’ boss who promotes a ex-Angel (Elizabeth Banks) to management at Charles Townsend’s Agency when he retires.

The plot revolves around Elena (Naomi Scott), a systems engineer who turns whistleblower when she tries to warn her Brok Industries boss (Nat Faxon) and CEO (Sam Claflin) that their revolutionary Calisto device to create clean energy has an inherent flaw and can be easily weaponized. So Sabina (Kristen Stewart) and Jane (Elena Balinska) recruit Elena to protect her.

On the Granger Movie Gauge of 1 to 10, “Charlie’s Angels” is a feminist 4, frivolously nicknamed “Charlie’s Gayngels” in the LGBTQ community.