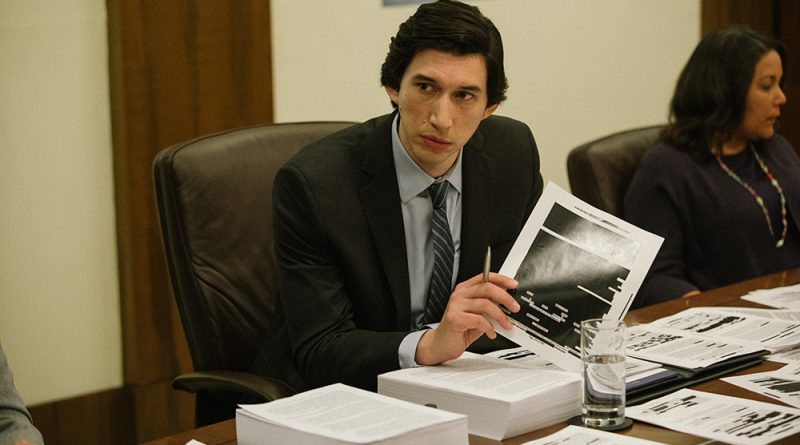 Good intentions don’t necessarily make for good films, as evidenced by the leaden and overly long “The Report.”

Writer-director Scott Z. Burns, best known for writing Steven Soderbergh’s “The Informant!,” “Contagion” and “The Laundromat,” is a man on a mission with the fact-based political drama. Adam Driver stars as Daniel J. Jones, a meticulous Senate Intelligence Committee investigator who is tasked by Sen. Dianne Feinstein (Annette Bening) with investigating the CIA’s efforts to gloss over the “enhanced interrogation techniques” — aka torture — its field agents used on detainees following the Sept. 11 attacks as well as conceal the fact that all the waterboarding, mock burying and sleep depriving didn’t actually render any worthwhile intelligence.

Jones spent five years compiling his 6,700-page report, and unfortunately, the movie feels at least this long, with the paper shuffling and screen scrolling occasionally broken up by flashbacks to the CIA black ops sites where the torture is happening. These scenes are understandably hard to watch, and Burns just keeps coming back to them.

Holed up in a subterranean office, his research team steadily whittled down, he faces all kinds of political obstacles to the finding and uncovering the truth. Driver does a great job showing the character’s slow-building obsession and anger.

The film boasts a fine supporting cast – Jon Hamm, Maura Tierney, Michael C. Hall, Corey Stoll, Matthew Rhys and Tulsa native Tim Blake Nelson – but they mostly get to spout obvious lines or blocks of exposition, and most of their characters don’t get a narrative arc that actually goes anywhere. This is mostly Driver’s movie, and his performance, while excellent as usual, feels almost like it’s an acting workshop rather than the heart of a movie.

Films like “Spotlight” and “All the President’s Men” have shown that investigating injustice can be translated into compelling filmmaking. But that’s not what viewers get with “The Report” – and since Burns literally writes into the credits a plea for the release of Jones’ full report, not just the 525-page summary unveiled in 2014, it’s not even clear that a good movie is really what he’s trying to make.