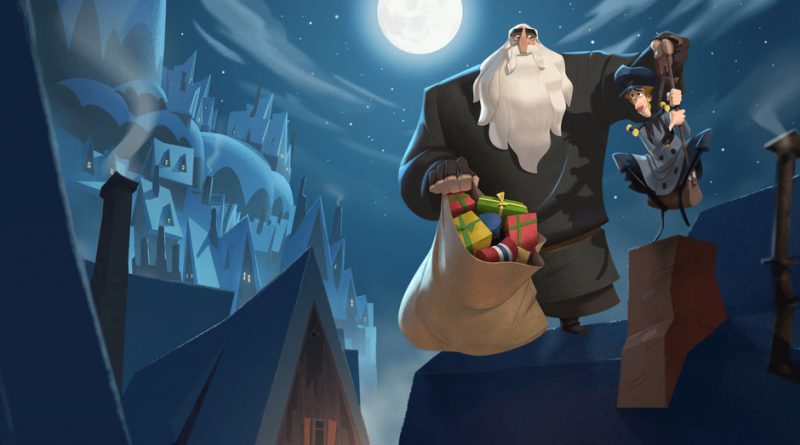 We’re all trying to get better every day but how many of us really ask what it means to be the best version of oneself? Since the subject appears to be easy, there are millions of ways to approach it, and it all starts with how other people see us. Are we kind and considerate toward others, or do we come across as a selfish and spoiled individual? Netflix’s “Klaus” is yet another animated film but what it does is impressive for it touches upon what should have never stayed in the dark – the importance of self-discipline with the combination of an important lesson that can be learned only under special circumstances.

“Klaus” follows Jesper (Jason Schwartzman), a young man who would not even bother to make a cup of tea for himself. All that he wants is his silk bedsheets and his butler who would serve him food in bed. When he fails miserably at the Royal Postal Academy, sent to study by his father in an attempt to show him that wealth and privileged life is nothing without hard work, he is then sent to a remote island called Smeerensburg for a year. His father does it with one sole motive – to instill in Jesper valuable life experience outside of his privileged life.

As soon as Jesper arrives on the island, he is met with hostility, violence, and anger. People around him are vicious and uncompromising. In fact, he got scared enough that he decided to leave Smeerensburg immediately. However, he knew about the task that was assigned by his father and was determined enough to fulfill it no matter what. At first, he is shocked to learn that no one on the frozen island, situated above the Arctic Circle, sends a letter and to change that he comes up with an idea. However, all that changes when he meets a woodsman named Klaus (J.K. Simmons) who could have qualified to become Santa Claus if not for his unpleasant appearance, which will change over time.
Directed by Sergio Pablos, “Klaus” is a deeply poignant animated film that offers gorgeous animation and a profound storyline. The hero is neither prince charming nor a well-behaved boy in search of his princess. It’s about an extremely spoiled man who does not care about others. Not at least till the moment when he finds himself trapped in a place where he could simply sit and do nothing at all. What his father says in the beginning, “Jesper needs a wake-up call and I hope he will thank me one day” turns out to be true as we begin seeing changes in Jesper’s personality showcasing what his father always wanted him to do – act kindly, show appreciation and care for others.

Thus, Pablos’ piece unexpectedly turns into an instant Christmas delight with life-lessons. From start to end, it never fails in grabbing the viewer’s attention. Characters written are real and honest. The film does not try to sugar-coat its concept even when it presents an anti-Santa who will have to change along the way. Also, what “Klaus” does is amazing and beautiful. It shows once again the importance of being thoughtful and kind-hearted, caring, and hard-working. It explains thoroughly why it is important to work hard and not stay idle because it comes with its own rewards. Eventually, even a person like Jesper will find himself with desirable qualities such as humility and trustworthiness. Lastly, it teaches us the most crucial lesson every human being should know in today’s fast-paced world – there’s no way one can achieve success without putting great personal effort, which Jesper eventually does to own every moment of the film.