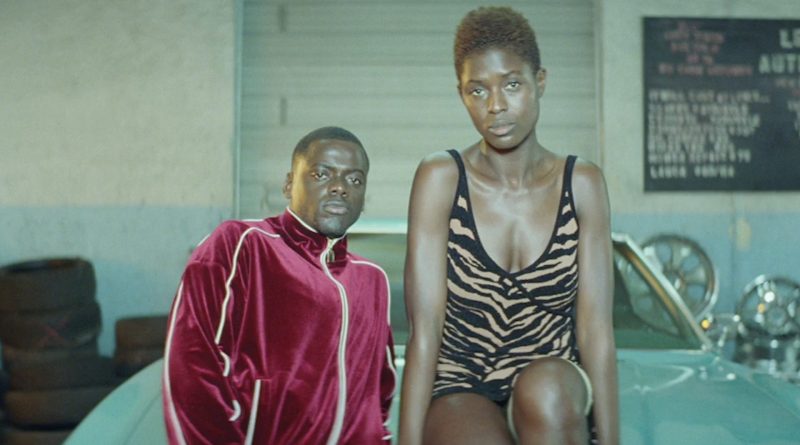 How well it resonates will depend on the viewer’s life experience, or whether they represent an aspect of society that has routinely felt seen and heard, or routinely been shut down, made to feel threatened, or made to step aside and make themselves invisible just to survive. Queen (Jodi Turner-Smith) and Slim (Daniel Kaluuya) are characters that remain unnamed for the entirety of writer/producer Lena Waithe and director Melina Matsoukas’s film. In one way, these leads are the everyman and everywoman of color. They live in a world where many see them as interchangeable and replaceable. Waithe asks us to consider: who are these two people, for themselves? What makes them beautiful, as individuals, as partners, and as black Americans? The answers come embodied in two powerhouse performances, as Queen and Slim’s power, beauty, and courage unfold over the course of the film.

The story begins with two people meeting for a Tinder date at a local diner. It doesn’t go well. He offers to drive her home, and on the way, they get stopped by a white cop. This cop is like a lot of cops out there who are not only afraid of black folks, they are also a danger to them. In this case, Slim pisses him off, and the cop puts a gun in his face. Things go further south, and after the cop shoots Queen, Slim grabs the gun, and kills him in self-defense. That’s when they realize they have to go on the run. Queen, a lawyer, has seen firsthand how skewed the system is against people of color. She asks Slim, “Do you want to be owned by the state?” The two start in Cleveland and stop for a time in New Orleans. That both cities have a history in which people of color have been disproportionately harmed by longstanding racism and classism is not an accident.

What unfolds over the course of the movie makes it hard to define in terms of genre. Waithe has created something funny, consistently suspenseful, sometimes terrifying or emotionally intense, and certainly increasingly full of love. Those whom Queen and Slim encounter on their journey speak to the black experience of erasure and constant threat, but also the power of black unity, standing present, and choosing love in the face of fear.

About the perspectives of the lead characters Waithe comments, “In the beginning, Queen was Malcolm X and Slim was Martin Luther King,” Waithe says, “and by the end of the story, they switch places.” People of color have to decide early on which they want to be in their world. Do they approach situations standing in the incendiary, provocative place of Malcolm X, or carrying the energy of peacekeeping diplomacy for which Martin Luther King was known?

Lena Waithe required final cut and complete autonomy for herself and Melina Matsoukas, a two-time Grammy-winning director who has already made an indelible name for herself in the music video space. It’s no surprise they are proving to be a head and heart-turning creative duo. Everything from cinematography to casting to the soundtrack, which is amazing and features a new song by Lauren Hill, “Guarding the Gates”, all aspects of the film were meticulously seen to and nuanced. Waithe has repeatedly said she accepted no notes from non-black folks.

For real, what a time to be alive, to see a film directed, written, and produced by women of color that have complete autonomy. The results prove the value of letting them do exactly as they please in fulfilling their united vision.

That there are so few white people in the movie is, frankly, a relief, as the film is not made for white people. Hollywood has been owned and operated by white folks since the beginning, and not for the better. As exampled by films like 1916’s Birth of a Nation, the major studios have a spotty past, and have driven a cultural narrative that is decidedly, and sometimes dangerously, white, relegating other points of view to the fringe. Co-stars Chloe Sevigny and Flea are two positive expressions of whiteness in the film. Though they support the lead characters, since the writer and director of the film are women of color unfettered by studio notes, they don’t portray them as saviors. In fact, part of the narrative in which they play a part, there is an subtext about escaping slavery. Sevigny and Flea are only a small part in helping them avoid capture. In as much as is possible, Queen and Slim save themselves.

It should be said that, yes, as a critic who is white, but also a girl, I have a fairly substantial stake in having female filmmakers succeed. Even with that, my opinion only goes so far. Being white, I have seen some kind of version of myself on film from time to time. People of color rarely, if ever see themselves portrayed with unfiltered, unqualified authenticity. White film critics have no place in offering any kind of take beyond effusive praise, if they feel that. Let the critics of color speak if they take issue with anything in Queen & Slim. The rest of us can enjoy the macro level of universal truth offered within the micro level of these well-crafted, fully-formed characters and their story.

In many ways, Queen & Slim is a story to which we can all relate. We all search for and deserve love, compassion, affirmation, and the need for safety. Some are given those things more easily than others, and some have to fight for them. Thank Goddess for Lena Waithe and Melina Matsoukas. May they build a cinematic legacy that speaks to who we all are, by creating narratives for those who have never been shown without being filtered through a lens of whiteness. What a delight it would be to see Queen & Slim recognized beyond the Black Reel Awards and the AWFJ at awards time. Are we there yet? Whether we are or not, the journey is worth it, and I’m glad Waithe and Matsoukas are two women at the wheel.