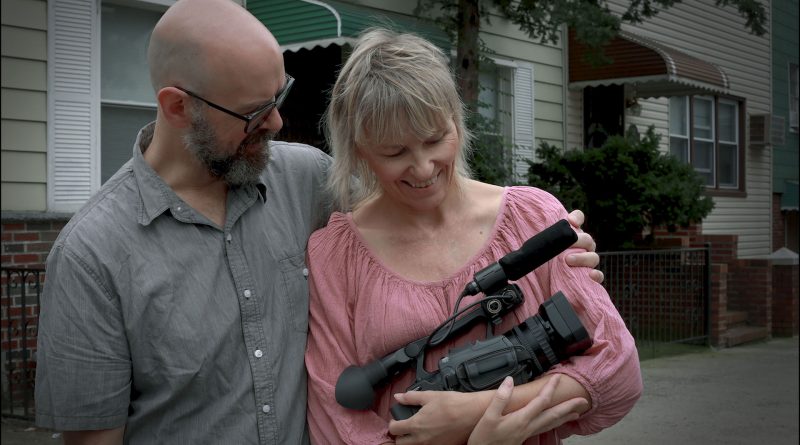 Now that is some question — one filmmaker Maxine Trump (no relation to you-know-who) asks herself, and many others, in the aforementioned documentary.

Almost as soon as Trump turns on the camera, she turns the camera on herself, revealing abdominal scars from long-ago surgery that could complicate matters should she ever want to have children.

Not that Maxine wants to have children. She’s all but certain she doesn’t. She even permanently alienated her ex-best friend, a new mother, by arguing that that bringing a child into the world represented a selfish act.

Then again, some might see Trump as selfish, opting for a globe-trotting life as a documentary filmmaker and skipping the inevitable complications of bearing, and raising, a child.

Trump’s husband, fellow filmmaker Josh Granger, seems fine with that. But, with her biological clock ticking ever louder, the 40-something Trump feels compelled to decide once and for all.

“I’m tired of being made to feel weird, selfish or somehow wrong” for not wanting children, Trump stated in a 2017 Huffington Post article about her then-in-progress documentary. “I am making the film because I have to.”

The film she’s made (as writer, director, producer and editor) offers a wide range of viewpoints, including her own mother’s disappointment at her decision — and her sister’s offer to serve as a surrogate should she ever change her mind.

There’s also a visit with a harried but happy mother of five — and the continuing quest of a 20-something who knows she never wants children and wants to be sterilized. If only she could find a doctor willing to perform the procedure.

In addition, “To Kid or Not to Kid” delves into traditional societal pressures on women to bear children — including footage of state-sponsored overseas TV commercials designed to inflate birth rates.

There’s even a 1970s “60 Minutes” segment showing a young woman telling her obviously distraught parents she and her husband don’t want children — followed by her decades-later recollections of the fallout.

Throughout, Trump tries hard — sometimes too hard — to provide visual variety to offset all the talking heads, including her own.

Yet for all the anguish and uncertainty the filmmaker expresses in her first-person narration, we observe rather than share Trump’s feelings, resulting in a documentary that’s full of intriguing questions — and no clear answers.