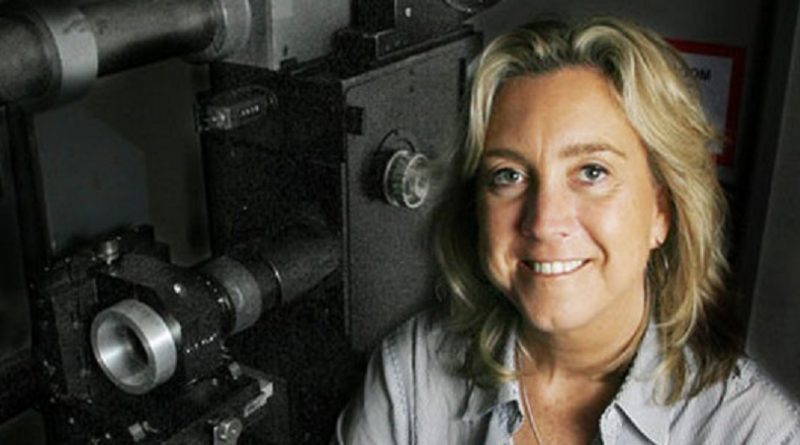 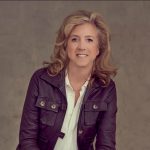 Leslie Iwerks is either Disney royalty, or a Disney brat, depending on whether you’re talking to fans or the director herself. She is the grand-daughter of animator and inventor Ub Iwerks, one of Walt Disney’s oldest friends, creator of Oswald the Lucky Rabbit, and co-creator with Disney of Mickey Mouse. She is the daughter of technical innovator, lifetime Oscar Award winner, and Disney Legend Don Iwerks. As documentary director/producer, Leslie also has a distinguished career in film. She is a member of the documentary branch of the Academy of Motion Pictures Arts and Sciences, and a documentary film Oscar nominee for her work on The Pixar Story.

Some five years ago, Leslie Iwerks and her longtime friend, former president of Imagineering and Disney Legend Marty Sklar developed the concept for a 6-hour documentary on the history of Walt Disney Imagineering, from its original incarnation, WED Enterprises (WED was named for Walt’s initials) through the present. Outsiders had limited knowledge of both the vast contributions and the operation of this fabled Disney department. It is a project of immense proportions that took years to bring to fruition, and production proved to be perfectly timed for a release on Disney+ streaming service. 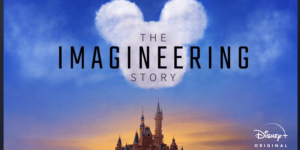 Immersed in the Magic of Cinema

Iwerks was born in 1970 in Los Angeles, and was immersed in the magic behind film from a very early age. Though she could have followed in her father and grandfather’s footsteps, she felt called to be a filmmaker, attending the University of California before beginning a career as a documentary filmmaker. She had always been curious about the way things worked, an interest that stems from her many visits to the machine shop inside Disney. Iwerks has had an equal interest in subjects relating to Disney and unique corporate cultures or pop phenomena, and subjects of socio-political or ethnographic importance. Her first documentary was The Hand Behind the Mouse: The Ub Iwerks Story, about her grandfather, in 1999. She went on to create films like the Oscar nominated documentary short Recycled Life (2006), about the lives of Guatemalans who live and work in the largest landfill in Central America, Downstream (2008) about the environmental effects of oil sands production in Alberta, Canada, and the rare cancers found downstream, Dirty Oil (2009), and Pipe Dreams (2011) about the Keystone XL pipeline, and Selling Lies (2018), about the world of fake news and its impact on the 2016 Presidential election.

Iwerks has been around Disney her whole life, and as such has an unusual perspective that inspired her direction as a documentary filmmaker. “As a child, Disney was always a big part of my life, having been given a lot of behind-the-scenes access through my dad at the studio machine shop and on the Disney backlot, and going with him to Disneyland, and going backstage there and at Disney World and Epcot. As a teenager, I really got a good look into what it was like building these attractions and parks, so it was really a unique point of view for me as a kid, and it cemented my interest in filmmaking and creating films that tell how things are done behind the scenes, and the innovation behind all this work, which led to a number of films that delved into that.”

From 1999’s The Hand Behind the Mouse: The Ub Iwerks Story to 2007’s The Pixar Story, and 2010’s Industrial Light & Magic: Creating the Impossible, all three of which she directed, produced, and edited, to the new documentary series, Leslie Iwerks shows a passion for amplifying the inner workings and creativity of the companies that are integral to many aspects of pop culture loved around the world. 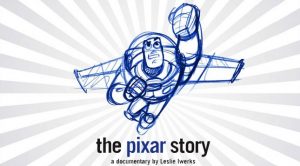 Even for the most well-versed of Disney nerds, The Imagineering Story has information that will expand their understanding of one of the most important departments of the Disney studio. In a phone interview about her work on the show, for which she is both director and executive producer, Iwerks offered some pretty impressive statistics. 600 hours of footage, which were comprised of around 82,000 archival photos and videos, was acquired and considered. They pulled all this from over 174 separate archives and libraries around the world, with the bulk of the information coming from multiple Disney departments, parks, and Imagineering itself. 2100 individual archival elements were used in the final cut, representing 6500 archival edits.

Asked about how much of that has ever been released to the public, Iwerks says, “It’s hard to say how much has been seen over time, but a large chunk of what we used over the 6 hours was material we got from Imagineering off their shelves, which was only really for internal purposes, and it was experimental, documentation, or behind-the-scenes footage. A lot of that was really cool to see. We are getting feedback from people online that they’ve never seen these things, and these are people who have seen a lot of Disney material.”

For those curious about the part women played in the history of Imagineering, in the first two episodes, there are some fascinating interviews with important figures, including Alice Davis. She was not only married to famed Imagineer and animator Marc Davis, she also played an important role in designing aspects of Disneyland.

Explains Iwerks, “I’ve known Alice for many years, and she’s somebody I adore, so I loved being able to get her on camera. It was nice to get her to talk about her own work, but also Marc’s, and, of course Mary Blair’s. She refers to her as a genius with color, and said that some people didn’t realize just how important and talented she was at the time.” 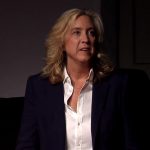 Continues Iwerks, “There were a lot of change-makers at Disney, and the fascinating part of it for me is that Walt Disney really was the ultimate example of that, he inspired people and saw the talent in them, as he did in Mary Blair and Alice. With Alice, she was experimenting with elastics. He met Alice at lunch, at the Tam O’Shanter or somewhere with Marc Davis, and was talking to them about elastics, and he was really intrigued with that, and ultimately invited Alice to work at the studio. Elastics were new, and that proved to be really helpful with animatronic figures. She goes on to become one of the biggest costume designers for the parks, and was really able to stretch her own boundaries when it came to her own creativity, and that was really pushed through by Walt. He did that with everybody. whether you were a man or a woman.”

In her research and interviews, Iwerks saw the progress women made in the Imagineering workforce.

Iwerks explains, “There weren’t that many women at the start of WED. In that one original image of the team, it was all men, and one woman, Mary Blair, in there. It started to grow over time. Of course, Harriet Burns and a handful of others were there, but it started changing in the late 50s and 60s with women doing a lot of the costuming, set decorating and painting, and the focus really became about just being good at doing whatever you were doing. It was also such a family atmosphere, that people brought their friends and family, and it became this cool family environment. By the 70s, though, with Walt Disney World and Epcot, there were a lot of women in the model shop, primarily in costuming, building sets, in makeup, and painting, but there were also female architects and designers. This was a company in the 70s that was open to bringing in a lot of women and letting them try new roles and test themselves. Imagineer Kim Irvine talks in the documentary about how she was able to learn and grow.” 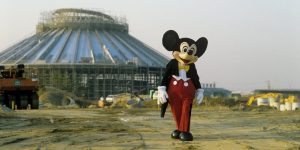 Imagineering and Innovation, Story and Technology

As much as Leslie Iwerks knew from being around her dad, her grandfather, and other inventive professionals working inside the studio, she believes the most impressive thing she learned while working on The Imagineering Story is the steadfast commitment to innovation. “I spent 5 years interviewing people. Talking to them and honing in on passion areas and challenges, what they were trying to expand on, and perfect. It really brought home the evolution of Imagineering from a technological standpoint, and how they’ve always focused on immersion. Technology and story have always been the backbone of it, and that explains how successful they’ve been over time. When you look at how pioneering Walt was back in the day, and how the animatronics, light systems, VR, and remote control technology has developed, to me that’s the takeaway. There’s just a colossal amount of invention and innovation that took place under one roof over 65 years.”

The 6 episodes of The Imagineering Story will be accessible on Disney+. 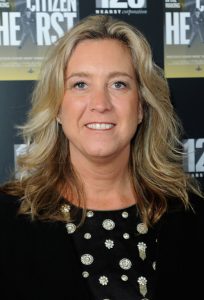 It’s easy enough to choose the road taken by family. Iwerks integrated the information and experience from growing up in a creative environment to forge her own path. As a female filmmaker, she has made an indelible mark on the documentary film world, not only by directing films on important or fascinating subjects, she often produced, wrote, and edited the films as well. Through her, we have been enlightened, entertained, and engaged as fans, humanitarians, or students of the world, to make that world smaller and more meaningful. She has always been inclusive of not only HIStory, but HERstory as well, revealing aspects of a subject that pertain specifically to women as part of a larger examination. We appreciate her work and look forward to the insights she will bring to her next project, be it about a corporate monolith, a historical figure, or some other aspect of popular culture. — Leslie Combemale