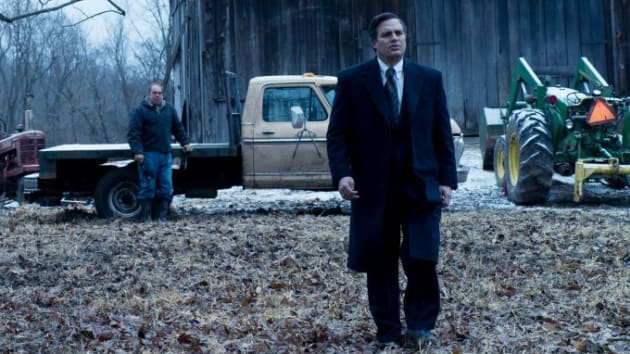 While the topic of whistleblowing is timely, this legal drama, inspired by true events, gets bogged down in dull procedural trivia.

Back in 1998, Cincinnati corporate environmental defense attorney Robert Bilott (Mark Ruffalo) was approached by a desperate West Virginia farmer, Wilbur Tennant (Bill Camp), who told him that toxic waste from DuPont was either causing disastrous birth defects and/or killing his cows.

Ironically, Bilot had just been promoted to partner in a conservative law firm that represented chemical companies, and he was not only familiar with Parkersburg, where DuPont was the biggest employer, but also his grandmother lived nearby.

Meanwhile, as his career is in jeopardy and family funds dwindle as a result of four pay cuts, Bilot’s wife, Sarah (Anne Hathaway), a former lawyer who gave up her career to raise their family, is running out of patience.

Eventually, DuPont was forced to pay the largest fine in EPA’s history: $16.5 million and an additional $671 million to the 3,535 innocent West Virginians who filed personal injury lawsuits.

FYI: DuPont and other American companies have phased out using PFOA (perfluorooctanoic acid), as the EPA is working on legal standards for its use. But PFOA and other compounds are called “forever chemicals” because it could take hundreds or thousands of years for them to break down.

On the Granger Movie Gauge of 1 to 10, “Dark Waters” is an all-too- conventional 5, revolving around a sincere social activist.