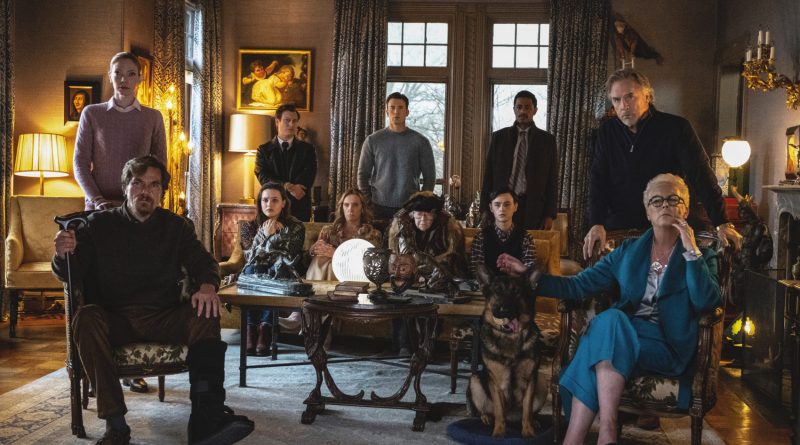 Harlan’s devoted nurse Marta Cabrera (Ana de Armas), the daughter of an illegal immigrant, was the last one to see him alive. And someone hired highly-esteemed detective Benoit Blanc (Daniel Craig) to accompany the local police officer (Lakeith Stanfield) and his deputy (Noah Segan) as he interviews those who were at Harlan’s home that fateful evening.

Adapting the style of Agatha Christie with a touch of Trump-era class-warfare, writer/director Rian Johnson’s star-studded, character-driven plot unfolds like the board game Clue, a bit reminiscent of “Sleuth” and “Murder on the Orient Express.”

While Rian Johnson is perhaps best known for writing and directing “Star Wars: The Last Jedi” (2017), his delightful knack for idiosyncratic characters and precise dialogue was evident in “Looper” (2012). Quoting Alfred Hitchcock, Johnson pleads: “Please don’t spoil the ending. It’s the only one we’ve got.”

The casting-against-type is terrific! Speaking with a hammy, Southern-fried accent, Daniel Craig scraps his James Bond persona, while Chris Evans sheds his heroic “Captain America” image for that of an offensive trust-fund slacker.

FYI: For Harlan Thrombey’s ornate estate, Rian Johnson chose the palatial Ames Mansion, built in the early 1900s in Borderland State Park in Easton, Massachusetts. It was the home of artist/women’s right’s activist Blanche and Oakes Ames, a Harvard botany professor/heir to a shovel company.

On the Granger Movie Gauge of 1 to 10, “Knives Out” is a nefariously enjoyable 8, a comedic whodunit that will keep you guessing until the very end.