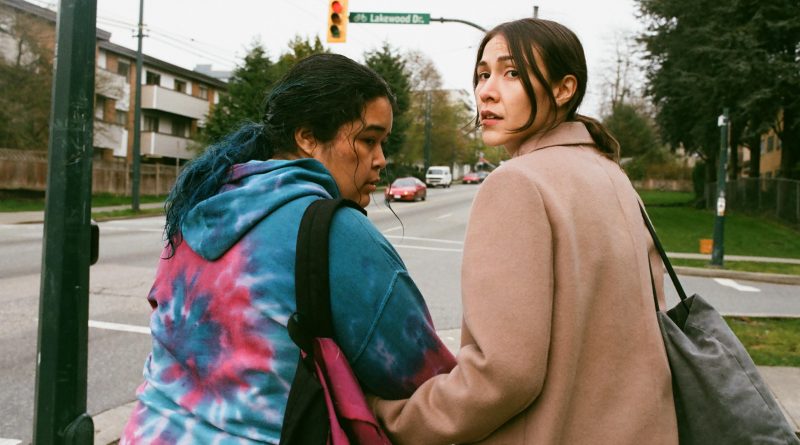 Filmmakers Kathleen Hepburn and Elle-Maija Tailfeathers’s Canadian indie, The Body Remembers When the World Broke Open, is part of Ava DuVernay’s impressive ARRAY initiative, a grassroots distribution, arts and advocacy collective focused on independent films by people of color and women filmmakers globally. The unpretentious film set in Vancouver examines how class and racism impact two young indigenous women from vastly different social and ethnic backgrounds. Following a random encounter on a rainy street, Alia (Tailfeathers) intercedes to rescue the pregnant 19-year-old Rosie (Violet Nelson) from an abusive relationship. She offers her temporary refuge in her apartment while encouraging the skeptical teenager to seek help at a local women’s shelter.

The thought-provoking film is shot handheld in 16mm. The story unfolds in real time and features persuasive acting that conveys a heightened sense of reality in the face of uncontrollable rage. The film doesn’t strut and swagger, but instead portrays on an intimate level how two women are drawn together under unusual circumstances. One carefully, kindly attempts to encourage the other to disengage from a destructive partner who threatens her and her unborn child. DP Norm Li’s visceral camerawork captures the uneasy alliance that develops between the two strangers and offers a haunting yet engaging perspective on female characters that’s not often seen in cinema.

This simply told, unconventional two-handler unfolds under the most heartrending circumstances. It’s authentic feminist drama dedicated to Rosie and others like her, who despite their awkward relationship and divergent futures, leave the audience with hope.