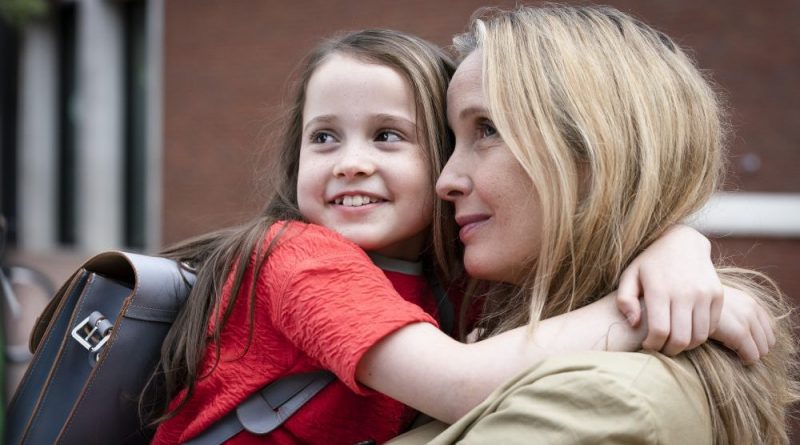 There are two films in Julie Delpy’s ambitious, sharply-made but unbalanced My Zoe. There’s the scabrous relationship melodrama, about bitter exes sharing custody of a beloved child, which contains the story’s most potent emotions. And there’s the sci-fi-inflected ethical-dilemma grief movie, which houses its most provocative ideas. Both have much to recommend them, not least Delpy’s lithe filmmaking, polished over her now seven features to a consummate, unobtrusive sheen. But the transition between the two halves or, more appropriately, the cloning of the second from a tissue sample of the first, plays awkwardly, and suggests that Delpy’s screenwriting, while studded with moments of shrewd insight, as yet lags some way behind her standards as director and actress.

Shot in bright, fresh tones by Jackie and Captain Fantastic DP Stéphane Fontaine, the film’s near-future setting is subtly indicated by tech only slightly advanced from our own: cars that whirr rather than roar; cellphones and monitors that are elegant sheets of transparent glass. Isabelle (Delpy) is a Berlin-based French scientist whose adored little daughter Zoe (Sophia Ally) lives with her only half the time due to a split custody agreement with her snarling ex, James (Richard Armitage). “It’s like I’m missing half her life!” she frets to her new lover Akil (Saleh Bakri), but since she was the instigator of the divorce, she apparently felt the need to be generous to James on its terms. Continue reading.

Jessica Kiang is a Berlin-based freelance film critic with regular bylines in Variety, Sight & Sound and The Playlist, where she was also Features Editor for the five years during which it was part of Indiewire. She is a veteran of festival juries from Iceland to Cairo to Toronto, and regularly attends all the major European and Asian film festivals.