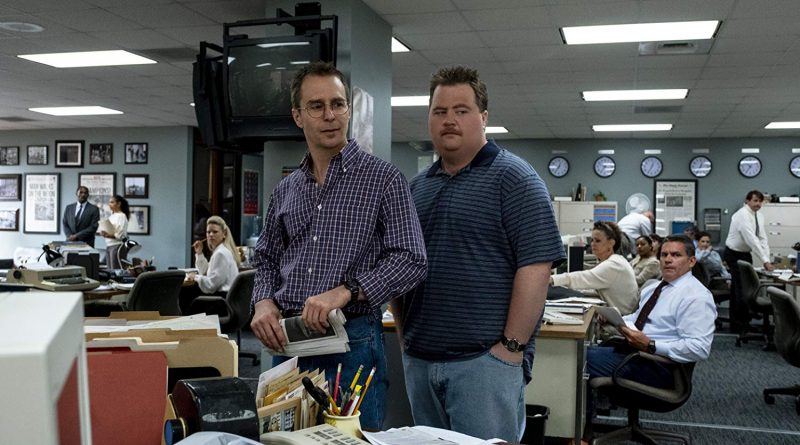 Clint Eastwood’s new docudrama purports to be about an innocent victim persecuted by the FBI and the media. Instead, it vilifies a female reporter for The Atlanta Journal-Constitution in a demeaning characterization that even actress Olivia Wilde finds distasteful.

In 1996, Richard Jewell (Paul Walter Hauser) was a security guard who was suspected of placing a bomb in Atlanta’s Centennial Park during the Olympics. Journalist Kathy Scruggs (Wilde) broke the story that Jewell was under investigation, supposedly after trading sex for the tip from an FBI agent (Jon Hamm).

At first acclaimed as a hero, Jewell was subsequently depicted as a frustrated gun owner who lived with his mom (Kathy Bates) and had a history of aggressively misusing his power. His only defender was attorney Watson Bryant (Sam Rockwell).

Kathy Scruggs died in 2001, so she cannot defend herself, although her colleagues deny that she ever slept with a source. Atlanta-Constitution editor-in-chief Kevin Riley decries the film’s “malicious fabrications…at a time when journalism’s under almost constant attack, it seems irresponsible.”

Scruggs’ former editor Bert Roughton adds: “She was boisterous and often pretty profane, but she was also a pro. They made her seem as though she was this viper who was willing to do anything to get a story. Having known Kathy – that just couldn’t be less true.”

And Oliva Wilde said, “I do not believe Kathy ‘traded sex for tips.’ Nothing in my research suggested she did…I cannot speak for the creative decisions made by the filmmakers, but it’s important to me that I share my personal take on the matter.”

At the Atlanta premiere, Eastwood shrugged, “Kathy Scruggs was a very interesting personality, and she did find the answer to it. So how she did it, nobody probably will ever know.”

On the Granger Movie Gauge of 1 to 10, “Richard Jewell” is an inexcusably sexist 6, which is a shame because it trivializes a thought-provoking concept.