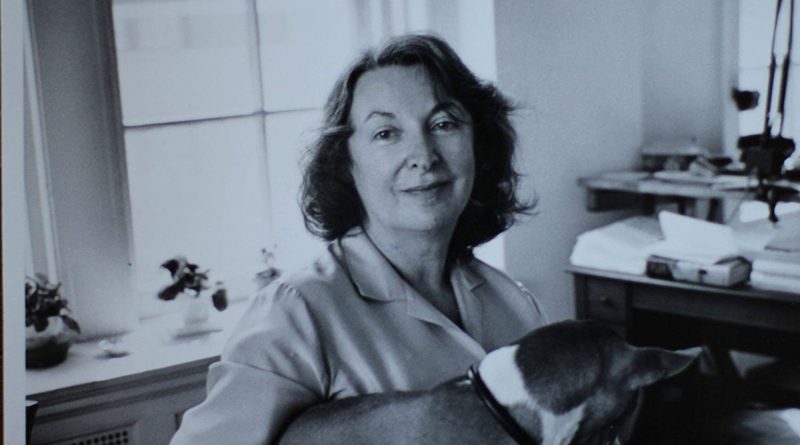 I believe the first female film critic I ever happened upon was Judith Crist, a TV personality who would pop up on the Today show in the ‘60s and ‘70s. She also wrote for The New York Herald Tribune and New York magazine, publications that were beyond my grade-schooler grasp. But as I grew older and became fixated on the fact that just expressing my opinions could turn into an actual career, I eventually stumbled upon the name Pauline Kael when I developed a fixation with 1967’s Bonnie and Clyde. She went against the majority of critics at the time and raved about the film about a pair of real-life bank-robbing lovers that featured several incredibly violent scenes. I recall going to the theater alone at the impressionable age of 13 for a double bill of Bonnie and Clyde and Bullitt. Those were the days, my friend.

I have read Brian Kellow’s bio about her life and work as well as collections of her reviews. But What She Said: The Art of Pauline Kael is the first documentary I have seen that places her opinions beside the films that she went on to make and break with her incisive words. Kael became truly influential after she became the reviewer for the New Yorker in 1968, just as the New Hollywood anti-establishment contingent of filmmakers was about to explode. She was in the thick of the heady times of ‘70s when the game-changing directorial careers of Dennis Hopper, Robert Altman, Arthur Penn, Mike Nichols, William Friedkin, Alan J. Pakula, Hal Ashby, Martin Scorsese, Francis Ford Coppola, Peter Bogdanovich, Bob Fosse, Steven Spielberg and Brian De Palma took root.

“She was this women coming into this boy’s club and she was shooting at the hip,” says current New York critic David Edelstein. “If she made people mad, she would say ‘tough shit.’ “He also observes: “Pauline would write about something, and you not only love reading it. You would then want to see what she wrote about and argue with her. Or you could relive it with her.” I spent my high school years watching these masters, not knowing that she was igniting everyone’s desire to watch this new wave of honest, raw, emotional, adult, profane and often graphic films.

There are snippets of Kael’s own voice in archival footage although first-time director Rob Garver fills in the blanks by employing actress Sarah Jessica Parker to read sections of her writing while the critic’s daughter Gina James and other associates provide commentary. As a critic myself, I trusted my gut and emotions more than my head. Movies that are powerful often spark a physical reaction more than mental. I believe that Kael, who had a way with picking just the right searing or celebratory word, also trusted her emotions. A native from the West Coast, she rattled the intellectual crowd of East Coast critics while pooh-poohing the backers of critic Andrew Sarris’s auteur theory.

Alas, in the 21th century on-line social media cesspool, everyone is a critic and everyone’s opinion is up for debate thanks to their Twitter account. How many people go on Rotten Tomatoes and just take the red or green tomato at its word rather than read individual reviews? Several of the critics that she inspired are still out there – sadly, there are fewer and fewer paid pros who actually have a place to express themselves. Who out there now would have the guts to describe 1965’s insanely popular The Sound of Music as “the sugar-coated lie that people seem to want to eat and the phenomenon at the center, Julie Andrews, sexless, in humanly happy, the sparkling maid of mind as clean and well-brushed as her teeth.”