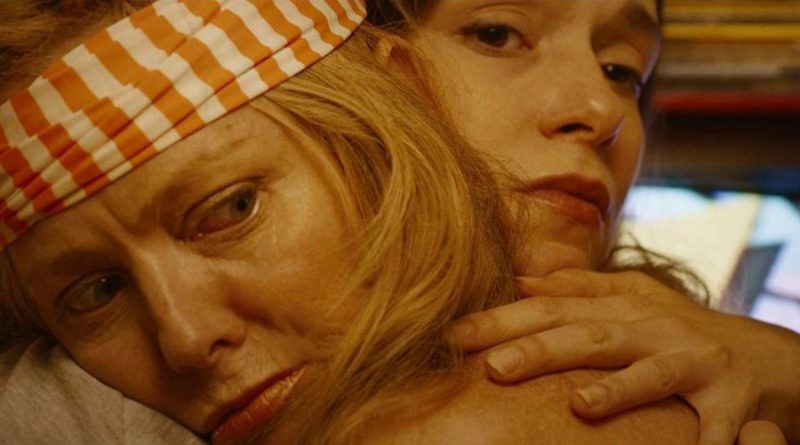 When we talk about gender and authorship in cinema, the dominance of auteur theory has trained us like obedient dogs to look automatically towards the director. We all do it; critics and audiences alike. Every now and then, however, a film comes along that challenges that assumption. In horror cinema, the unparalleled collaborations between director Jason Banker with Amy Everson on Felt (2014) and the late Sara Anne Jones in Toad Road (2012) might come most immediately to mind but – shifting towards the much more light-hearted terrain of horror-comedy – director Zach Gayne’s work with actors and co-writers Alex Essoe and Precious Chong on Homewrecker is another unforgettable title to add to the list.

As we go about our day to day lives, the same familiar faces tend to pop up in our neighbourhood, whether it’s people we know, people we will one day know, or just people we learn to recognize as part of the environment. Life’s like that for us, as it is for Michelle (Essoe), who slowly comes to discover that the older Linda (Chong) turns up in a number of her own regular haunts; her regular yoga class, her favorite café. It is the latter that Linda first makes contact. Just as Michelle is polite and keeps to herself, Linda is loud, a chronic over-sharer and just all-round too much to a frequently comical degree. Too well-mannered to refuse an invitation to Linda’s home to give her a quote for an interior design job, this is the first of Michelle’s many misjudgments in how she navigates her relationship with Linda.

While a much more upbeat, comical film, there is something about Homewrecker on a fundamental level that echoes Karyn Kusama’s superb 2015 film The Invitation; these are horror films built around the reality that most of us would err to good manners over gut instinct on almost all occasions, no matter how strongly the latter screams at us to act differently to how courtesy dictates. Both films are nightmares, but tonally they couldn’t be more different; Homewrecker is a horror-comedy of manners that places the myth of the assumed sisterhood and our feeble submission to politeness under a hilariously critical microscope.

Although newcomer Gayne’s first feature-length foray into horror territory and being far from familiar territory for the highly experienced Chong, Essoe has built a career almost synonymous with the genre, starring in Kevin Kölsch and Dennis Widmyer’s 2014 cult favourite Starry Eyes and, most recently, as Wendy Torrens in Mike Flanagan’s Doctor Sleep, a sequel to The Shining in a role originally played by Shelley Duvall. But when combined with Chong’s deft hand at comedy both behind and in front of the camera with Gayne’s undeniable energy and skill, the trio’s united efforts on Homewrecker result in the year’s most simultaneously fun and thoughtful take on women, performativity and the bad side of good manners.