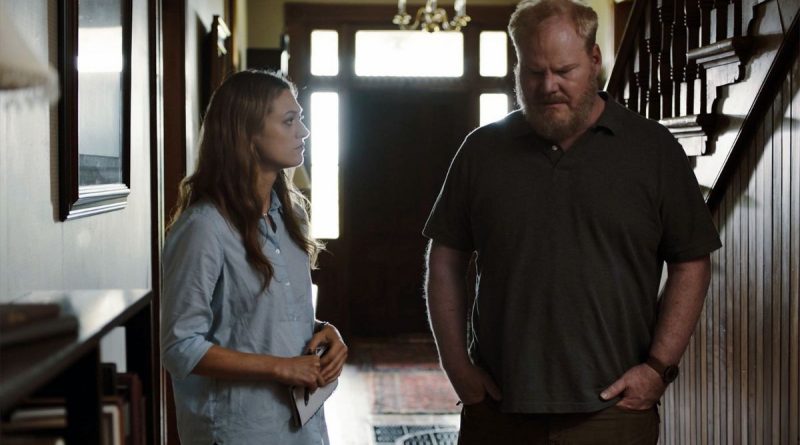 Not all ghost stories qualify on both counts. But Light From Light emerges as a welcome, unexpectedly moving exception.

Gently, deliberately, it avoids the usual over-the-top “gotcha!” shocks associated with cinematic explorations of the paranormal.

Instead, Light From Light remains true to its title, blending subtle imagery and equally intriguing emotion to depth-charge effect.

In this striking follow-up to Something, Anything, writer-director Paul Harrill returns to familiar territory, both in the movie’s setting — Knoxville, Tenn. — and its focus on a spiritual quest.

Make that quests, because each of the movie’s central characters has a quest — and questions — regarding the mysteries of existence.

Sheila (The Irishman’s Malin Ireland) has been pondering the imponderable since childhood, when a prophetic dream suggested she might have a gift (or is it a curse?) for otherworldly contact.

A former member of a paranormal investigation team, she’s not sure about being a professional ghostbuster.

Sheila expresses those reservations during a radio interview — which is heard by a local priest who contacts her, asking if she’d be willing to help one of his parishioners.

That’s recently widowed Richard (Jim Gaffigan), whose wife died in a small plane crash — and whose spirit may be lingering in the family farmhouse the couple shared.

But that’s not all that’s haunting Richard. Or Sheila, a single mother who believes “things only matter if they last” — despite the fact that she’s never had a lasting relationship.

That attitude has influenced Sheila’s sensitive teenage son (Josh Wiggins), who hesitates to get closer to a high school friend because, as he reasons, “What’s the point of getting together if you already know it’s going to end?”

Heavy concerns, to be sure, but Light From Light maintains an appropriately understated touch throughout.

Harrill deftly contrasts the characters’ workaday lives — Richard’s at a rural fish hatchery, Sheila’s behind an airport car-rental counter — with stirring views of the Great Smoky Mountains, where the omnipresent haze suggests a host of mystical possibilities.

Evocative as those ethereal vistas are, it’s the human element that ultimately brings Light From Light to life.

Gaffigan goes beyond his trademark comic dad-bod physicality to give Richard a quiet anguish — along with an undeniable, indefatigable hope.

And Ireland delicately suggests the shifting currents of Sheila’s lifelong struggle to reconcile what she sees and knows with what she senses — and so profoundly yearns to believe.