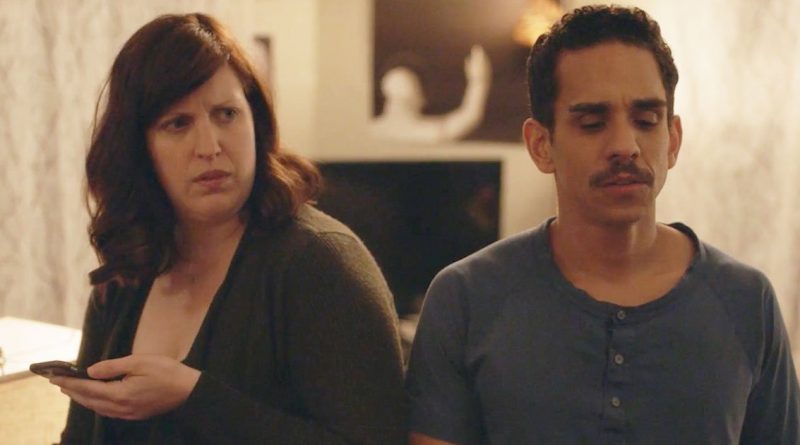 When Edward (Ray Santiago) takes an unplanned trip in time, triggered by the death of David Bowie, it feels like only a moment has passed, but for his partner June (Allison Tolman/Ann Dowd), it’s a lifetime.

It’s June’s birthday, and while she’s taking stock of her less than satisfactory relationship with Edward, she is stunned to learn that Bowie has passed. When Edward makes light of it, it triggers a rupture in the space time continuum causing him to abruptly disappear.

Decades later, the world has dramatically changed, and so have June’s priorities, memories and personality. While she has come to terms with life without Edward, she has never stopped loving him. As she approaches her 60th birthday, a crucial date when she is required by law to move into a senior care facility, she makes plans with her closest friend (Jeff Perry) to escape her fate.

When Edward unexpectedly reappears, June has no idea what’s going on, but she finds a way to reconnect with him, because like Bowie, she believes love transcends time and space, even in a world that has completely disintegrated.

Manashil’s sensitive direction elicits superb performances from her strong cast that reaffirm the film’s essential themes about the profound yearning for connection, enduring love, and meaningful relationships. Speed of Life is filled with many heartfelt moments. It’s funny, thoughtful and genuinely moving.